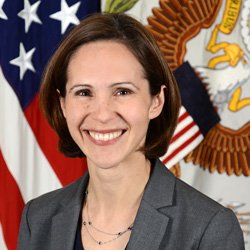 Although we are focused on protecting and optimizing the operation of the Internet, Cloudflare is sometimes the target of complaints or criticism about the content of a very small percentage of the more than thirteen million websites that use our service....

Today, Cloudflare is releasing its transparency report for the second half of 2018. We have been publishing biannual Transparency Reports since 2013....

The Curious Case of the Garden State Imposter

Dealing with abuse complaints isn’t easy, for any Internet company. The variety of subject matters at issue, the various legal and regulatory requirements, and the uncertain intentions of complaining parties combine to create a ridiculously complex situation....

Last December, Cloudflare announced the Athenian Project to help protect U.S. state and local election websites from cyber attack. Since then, the need to protect our electoral systems has become increasingly urgent....

From cyberattacks on election infrastructure, to attempted hacking of voting machines, to attacks on campaign websites, the last few years have brought us unprecedented attempts to use online vulnerabilities to affect elections both in the United States and abroad....

When the Internet (Officially) Became the Public Square

Sometimes, well-intended efforts to prevent unacceptable behavior run into the reality of what it means to have an open and free society....