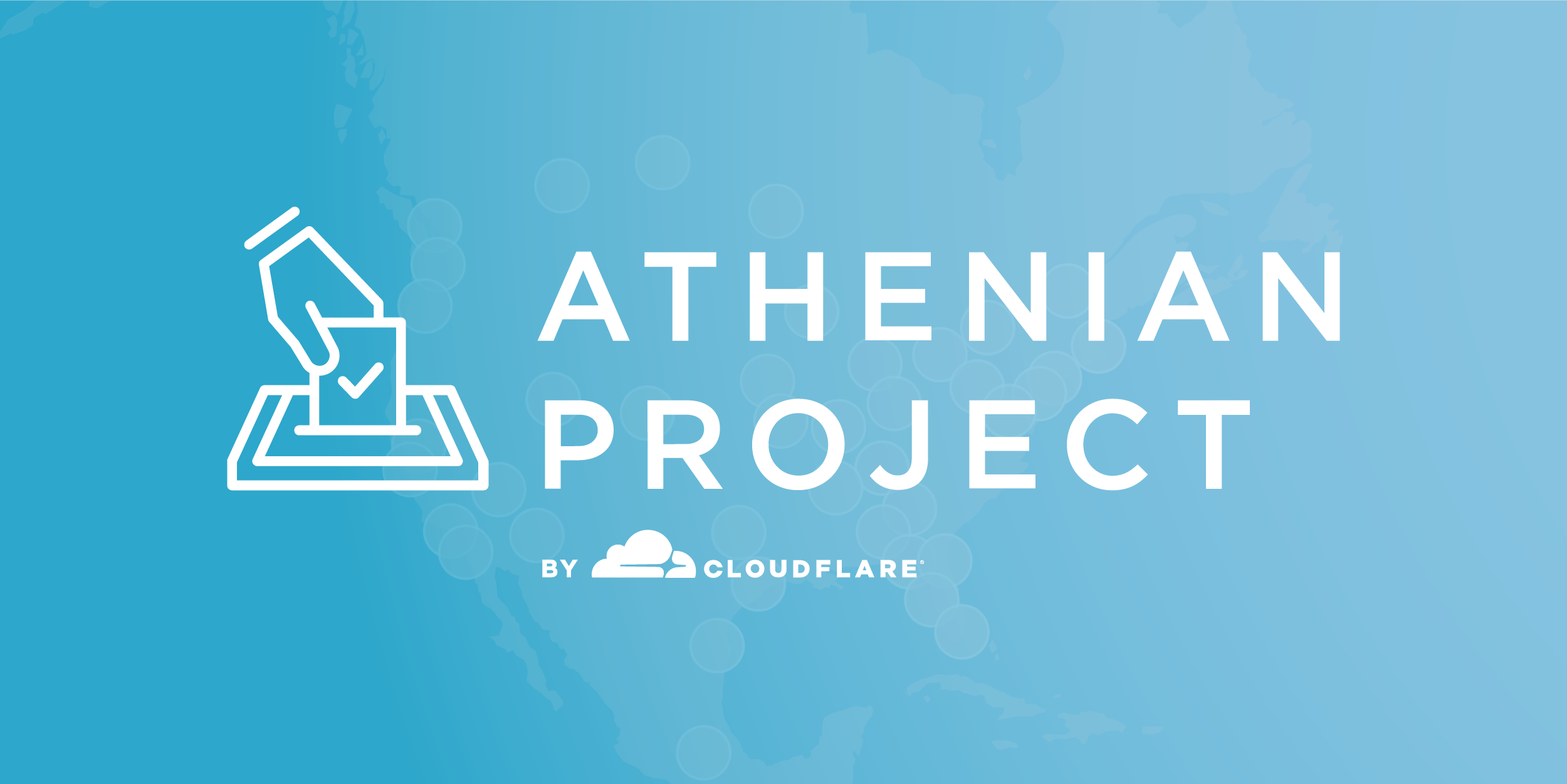 Since then, the need to protect our electoral systems has become increasingly urgent. As described by Director of National Intelligence Dan Coats, the “digital infrastructure that serves this country is literally under attack.” Just last week, we learned new details about how state election systems were targeted for cyberattack during the 2016 election. The U.S. government’s indictment of twelve Russian military intelligence officers describes the scanning of state election-related websites for vulnerabilities and theft of personal information related to approximately 500,000 voters.

This direct attack on the U.S. election systems using common Internet vulnerabilities reinforces the need to ensure democratic institutions are protected from attack in the future. The Athenian Project is Cloudflare’s attempt to do our part to secure our democracy.

Since announcing the Athenian Project, we’ve talked to state, county, and municipal officials around the country about protecting their election and voter registration websites. Today, we’re proud to report that we have Athenian Project participants in 19 states, and are in talks with many more. We have also strategized with civil society organizations, government associations, and federal government officials who share the goal of ensuring state and local officials have the tools they need to protect their institutions from cyberattack.

Local election officials — like ordinary voters — are the foundation of democracy. They guard the infrastructure of our constitutional system. Many officials juggle multiple roles within local government. They may manage multiple election websites, with limited information technology staff. Yet they know that their community, and sometimes the entire country, is relying on them to protect election integrity from countless global threats against it. The Athenian Project is about giving these dedicated professionals the tools they need to fight back and secure their systems.

A county Clerk-Recorder and Registrar of Voters, who is responsible for a number of election-related websites, told us that election officials worry about drawing attention to themselves, for fear they may be targeted for attack. Although cybersecurity is only one of the many responsibilities on her plate, this official is determined protect the county, using all the resources at her disposal. But without dedicated information technology staff, she has had difficulty identifying how best to protect county infrastructure.

Cloudflare can help, with both tools and know how. 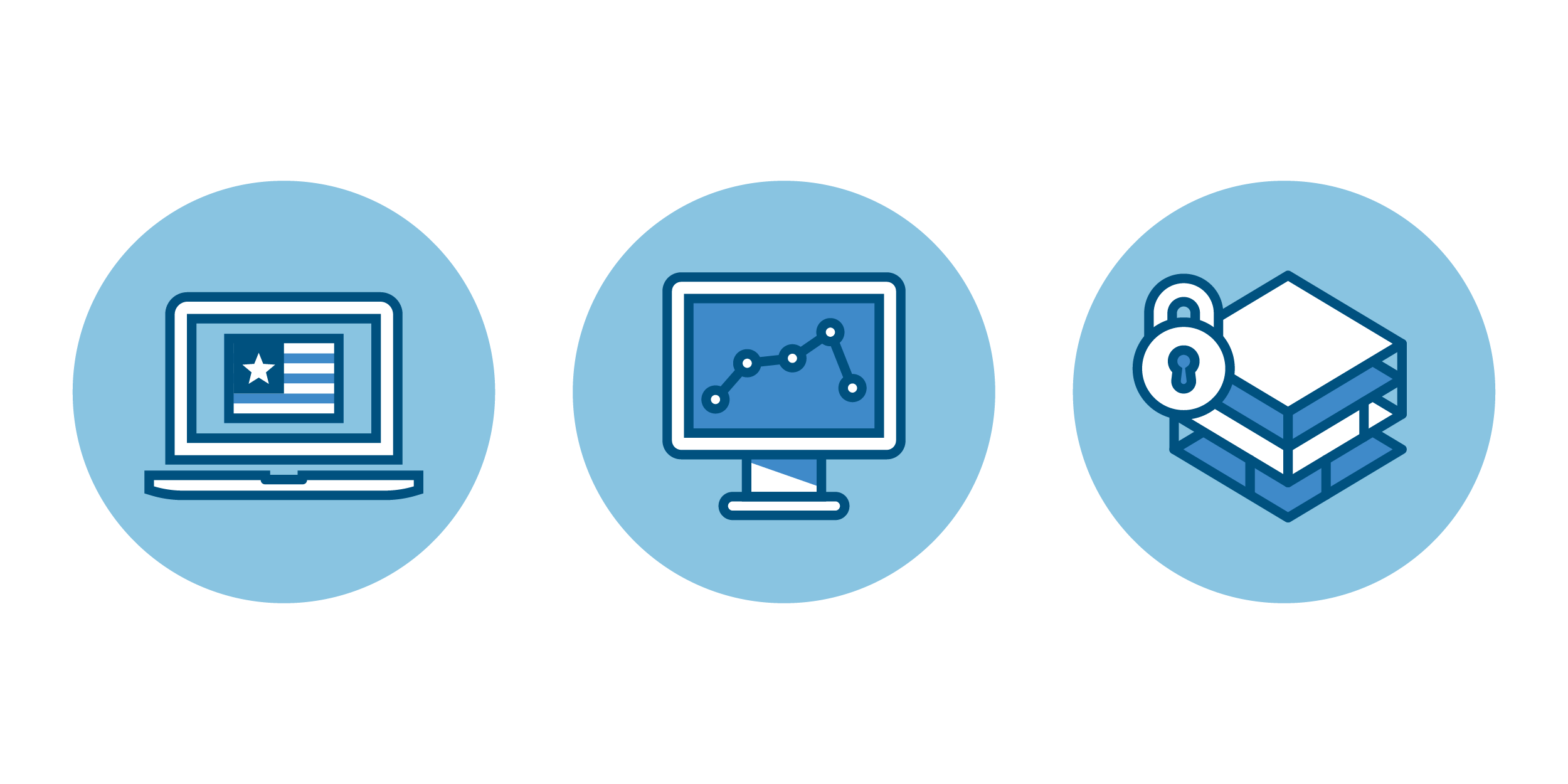 Given the current threats, we think it’s important to provide more details about what our services do, and how they can help election officials. We’ve understood since the beginning that election websites would benefit from Cloudflare’s security features, including our DDoS mitigation, Web Application Firewall (WAF), IP reputation database, and ability to block traffic by country or IP address. In fact, reports of DDoS attacks on state and local government websites often get the most coverage because the impact — loss of service to the site — is visible to the public. Until our conversations, however, we did not fully appreciate how our services could solve other common problems for state and local government officials.

For election officials, the last day of voter registration and election day are often nerve-wracking events. Their websites can see more traffic in an hour than they’ve seen all year. For example, when the Special Election in Alabama in 2017 drew traffic from around the country, Alabama needed a distributed network and a CDN to ensure that the nearly 5 million Alabamians and everyone else in the U.S. could follow along.

Cloudflare’s other features can also help state and local election websites. The Senate Select Committee on Intelligence summary of the 2016 election hacking attempts concluded that the majority of malicious access attempts on voting-related websites were perpetrated using SQL injection. Cloudflare’s WAF protects against SQL injection, as well as other forms of attack.

Recently, one of the states whose election websites are part of the Athenian Project was attacked and two non-election related websites were defaced. Website defacement occurs when someone who is not authorized to make website changes alters the content on the site, often changing the home page to display the hacker’s logo or other material. Although the state’s election websites saw a 100-fold increase in threat traffic, our WAF helped prevent a similar defacement on those sites.

For election websites that are not already running on HTTPS, Cloudflare can also simplify the process of transitioning to use of SSL. With Google Chrome’s new initiative to mark non-HTTPS sites as insecure, potential voters visiting non-encrypted voter registration websites will be warned not to enter sensitive information on the site “because it could be stolen by attackers.” That is not the message officials want to send to a public nervous about cyberattacks on election infrastructure. Adding a security certificate can be a daunting task for local officials without IT resources, but for Athenian Project participants, it’s available at the click of a button. Athenian Project participants who need help with certificate management are given dedicated, auto-renewed certificates to improve the security of their sites. Cloudflare page rules can then direct all traffic to the HTTPS site.

We’ve also tailored the Athenian Project to better address the needs of those we are serving. So what have we done?

We hope these new details will make it even easier for election officials to get access to tools that can help them fulfill their critical responsibility to protect our elections.

In November, every state and district in the country will hold congressional elections. Election officials — and all of us — want to make sure that voter information remains secure and that websites stay online as voters seek out information on polling places and voting requirements, and anxiously refresh results pages on election night.

The entire American experiment is built on a simple act: a vote. To work as designed, citizens must trust the electoral system, its strength, integrity, and the people who protect it. Cloudflare is proud to support local officials on the front lines of election security.

And we, like election officials, know that building a resilient system requires long-term commitment. We are committed to continuing to do our part to keep U.S. election websites secure in this election and beyond.