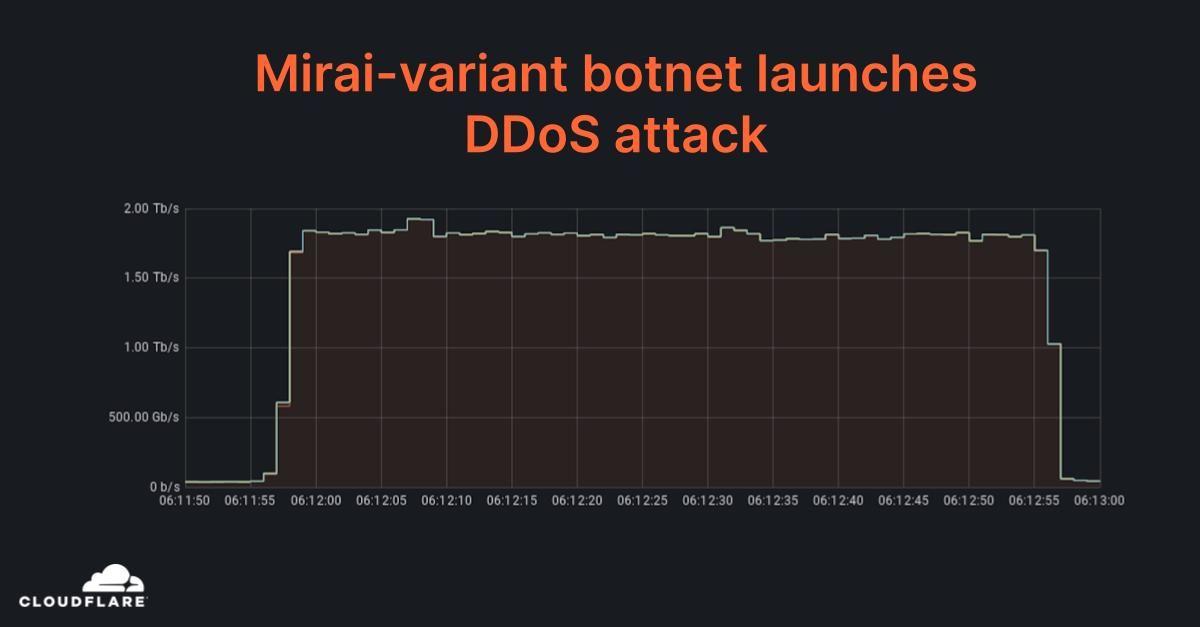 On July 3, Cloudflare’s global DDoS protection system, Gatebot, automatically detected and mitigated a UDP-based DDoS attack that peaked at 654 Gbps. The attack was part of a ten-day multi-vector DDoS campaign targeting a Magic Transit customer and was mitigated without any human intervention....

Inside the infamous Mirai IoT Botnet: A Retrospective Analysis

This post provides a retrospective analysis of Mirai — the infamous Internet-of-Things botnet that took down major websites via massive distributed denial-of-service using hundreds of thousands of compromised Internet-Of-Things devices....