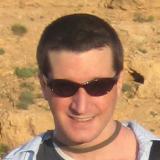 Unimog is the Layer 4 Load Balancer for Cloudflare’s edge data centers. This post explains the problems it solves and how it works....

Why is there a "V" in SIGSEGV Segmentation Fault?

My program received a SIGSEGV signal and crashed with "Segmentation Fault" message. Where does the "V" come from? Did I read it wrong? Was there a "Segmentation *V*ault?"? Or did Linux authors make a mistake? Shouldn't the signal be named SIGSEGF?...

However improbable: The story of a processor bug

Processor problems have been in the news lately, due to the Meltdown and Spectre vulnerabilities. But generally, engineers writing software assume that computer hardware operates in a reliable, well-understood fashion, and that any problems lie on the software side of the software-hardware divide....