Cloudflare has an automatic image optimization feature called Polish, available to customers on paid plans. It recompresses images and removes unnecessary data so that they are delivered to browsers more quickly.

Up until now, Polish has not changed image types when optimizing (even if, for example, a PNG might sometimes have been smaller than the equivalent JPEG). But a new feature in Polish allows us to swap out an image for an equivalent image compressed using Google’s WebP format when the browser is capable of handling WebP and delivering that type of image would be quicker. 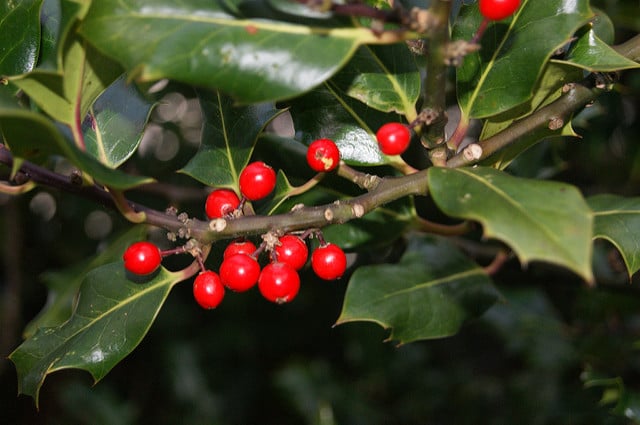 The main image formats used on the web haven’t changed much since the early days (apart from the SVG vector format, PNG was the last one to establish itself, almost two decades ago).

WebP is a newer image format for the web, proposed by Google. It takes advantage of progress in image compression techniques since formats such as JPEG and PNG were designed. It is often able to compress the images into a significantly smaller amount of data than the older formats.

WebP is versatile and able to replace the three main raster image formats used on the web today:

Currently the main browser that supports WebP is Google’s Chrome (both on desktop and mobile devices). See the WebP page on caniuse.com for more details.

Customers on the Pro, Business, and Enterprise plans can enable the automatic creation of WebP images by checking the WebP box in the Polish settings for a zone (these are found on the “Speed” page of the dashboard):

When this is enabled, Polish will optimize images just as it always has. But it will also convert the image to WebP, if WebP can shrink the image data more than the original format. These WebP images are only returned to web browsers that indicate they support WebP (e.g. Google Chrome), so most websites using Polish should be able to benefit from WebP conversion.

(Although Polish can now produce WebP images by converting them from other formats, it can't consume WebP images to optimize them. If you put a WebP image on an origin site, Polish won't do anything with it. Until the WebP ecosystem grows and matures, it is uncertain that attempting to optimize WebP is worthwhile.)

Polish has two modes: lossless and lossy. In lossless mode, JPEG images are optimized to remove unnecessary data, but the image displayed is unchanged. In lossy mode, Polish reduces the quality of JPEG images in a way that should not have a significant visible effect, but allows it to further reduce the size of the image data.

These modes are respected when JPEG images are converted to WebP. In lossless mode, the conversion is done in a way that preserves the image as faithfully as possible (due to the nature of the conversion, the resulting WebP might not be exactly identical, but there are unlikely to be any visible differences). In lossy mode, the conversion sacrifices a little quality in order to shrink the image data further, but as before, there should not be a significant visible effect.

These modes do not affect PNGs and GIFs, as these are lossless formats and so Polish will preserve images in those formats exactly.

Note that WebP conversion does not change the URLs of images, even if the file extension in the URL implies a different format. For example, a JPEG image at https://example.com/picture.jpg that has been converted to WebP will still have that same URL. The “Content-Type” HTTP header tells the browser the true format of an image.

A few studies have been published of how well WebP compresses images compared with established formats. These studies provide a useful picture of how WebP performs. But before we released our WebP support, we decided to do a survey based on the context on which we planned to use WebP:

Here is a chart showing the results of Polish, with and without WebP conversion. For each format, the average original image size is normalized to 100%, and the average sizes after Polishing are shown relative to that. 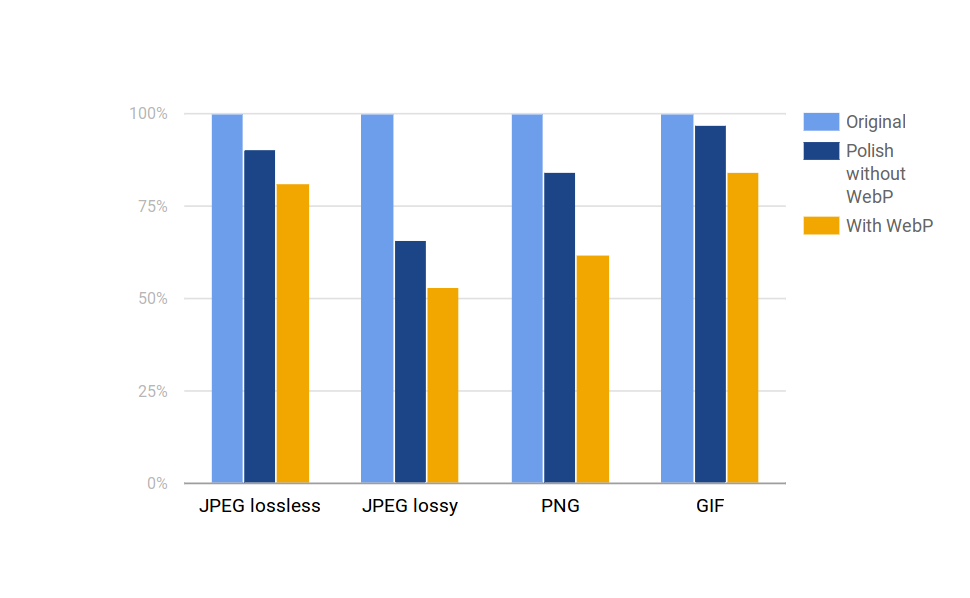 Here are the average savings corresponding to the chart:

As you can see, WebP conversion achieves significant size improvements not only for JPEG images, but also for PNG and GIF images. We believe supporting WebP will result in lower bandwidth and faster website delivery.

… and a WebP New Year

WebP does not yet have the same level of browser support as JPEG, PNG and GIF, but we are excited about its potential to streamline web pages. Polish WebP conversion allows our customers to adopt WebP with a simple change to the settings in the Cloudflare dashboard. So, if you are on one of our paid plans, we encourage you to try it out today.

Each year, the SXSW Music, Film and Interactive Conferences (sxsw.com) solicit session ideas from the community for the upcoming event using Panel Picker. After submissions are collected, PanelPicker launches a voting interface that allows the world to pick what sessions they'd like to see at SXSW....