Time flies. The Heartbleed vulnerability was discovered just over five and a half years ago. Heartbleed became a household name not only because it was one of the first bugs with its own web page and logo, but because of what it revealed about the fragility of the Internet as a whole.... 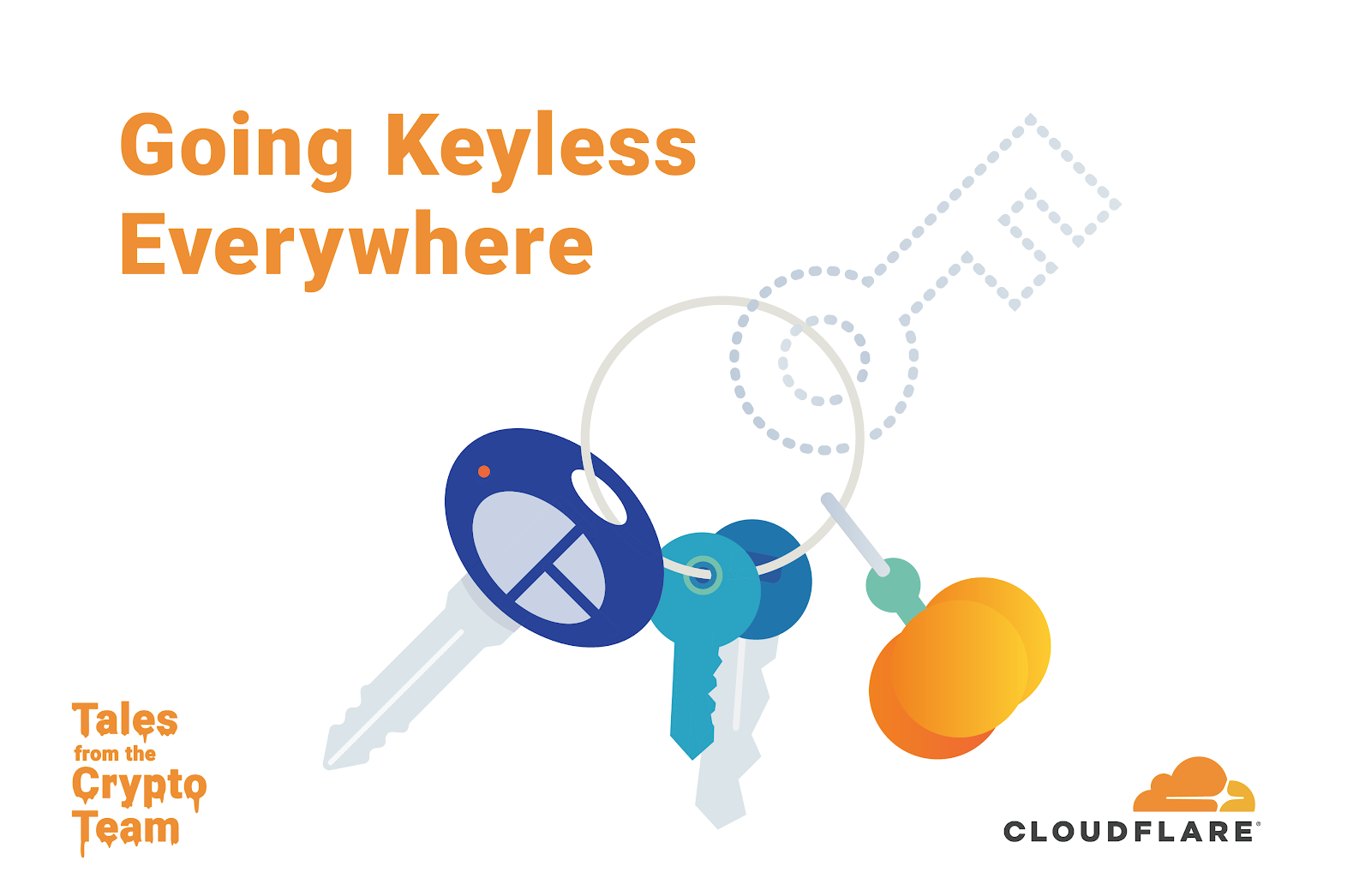 Today we’re happy to announce support for a new cryptographic protocol that helps make it possible to deploy encrypted services in a global network while still maintaining fast performance and tight control of private keys: Delegated Credentials for TLS....

Today we announced Geo Key Manager, a feature that gives customers control over where their private keys are stored with Cloudflare. This builds on a previous Cloudflare innovation called Keyless SSL and a novel cryptographic access control mechanism....

I wanted to write one more thing about Keyless SSL, our announcement from last week, before attention shifts to what we'll be announcing on Monday....

We announced Keyless SSL yesterday to an overwhelmingly positive response. We read through the comments on this blog, Reddit, Hacker News, and people seem interested in knowing more and getting deeper into the technical details....