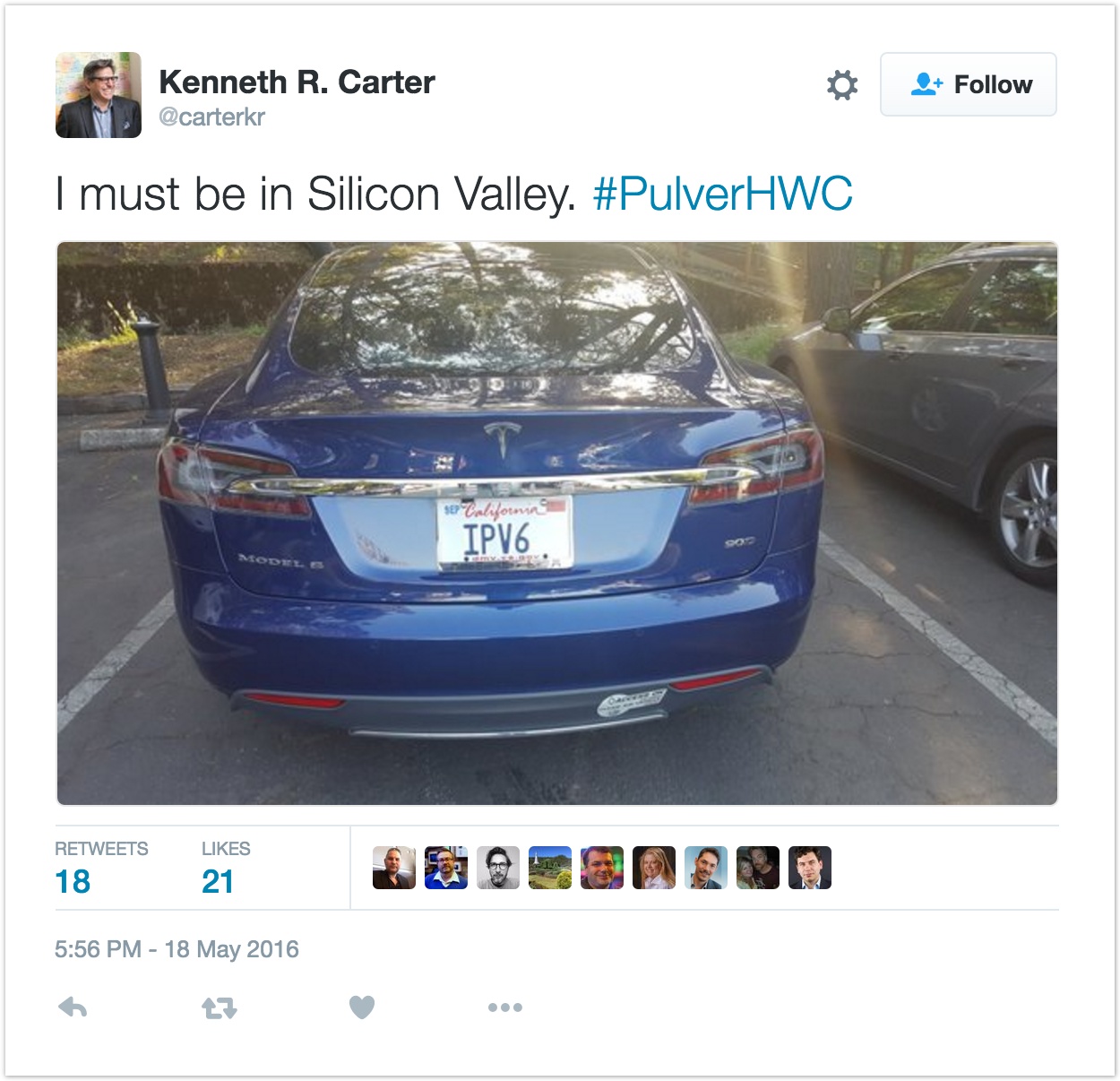 Early last month Apple announced that all apps submitted to the Apple Store June 1 forward would need to support IPv6-only networking as they transition to IPv6-only network services in iOS 9. Apple reports that “Most apps will not require any changes”, as these existing apps support IPv6 through Apple's NSURLSession and CFNetwork APIs.

Our goal with IPv6, and any other emerging networking technology, is to make it ridiculously easy for our customers to make the transition. Over 2 years ago, we published Eliminating the last reasons to not enable IPv6 in celebration of World IPv6 Day. CloudFlare has been offering full IPv6 support as well as our IPv6-to-IPv4 gateway to all of our customers since 2012.

Why is the transition happening?

IPv4 represents a technical limitation, a hard stop to the number of devices that can access the Internet. When the Internet Protocol (IP) was first introduced by Vint Cerf and Bob Kahn in the late 1970s, Internet Protocol Version 4 (IPv4) used a 32-bit (four-byte) number, allowing about 4 billion unique addresses. At the time, IPv4 seemed more than sufficient to power the World Wide Web. On January 31, 2011, the top-level pool of Internet Assigned Numbers Authority (IANA) IPv4 addresses was officially exhausted. On September 24th 2015, The American Registry for Internet Numbers (ARIN) officially ran out of IPv4 addresses. 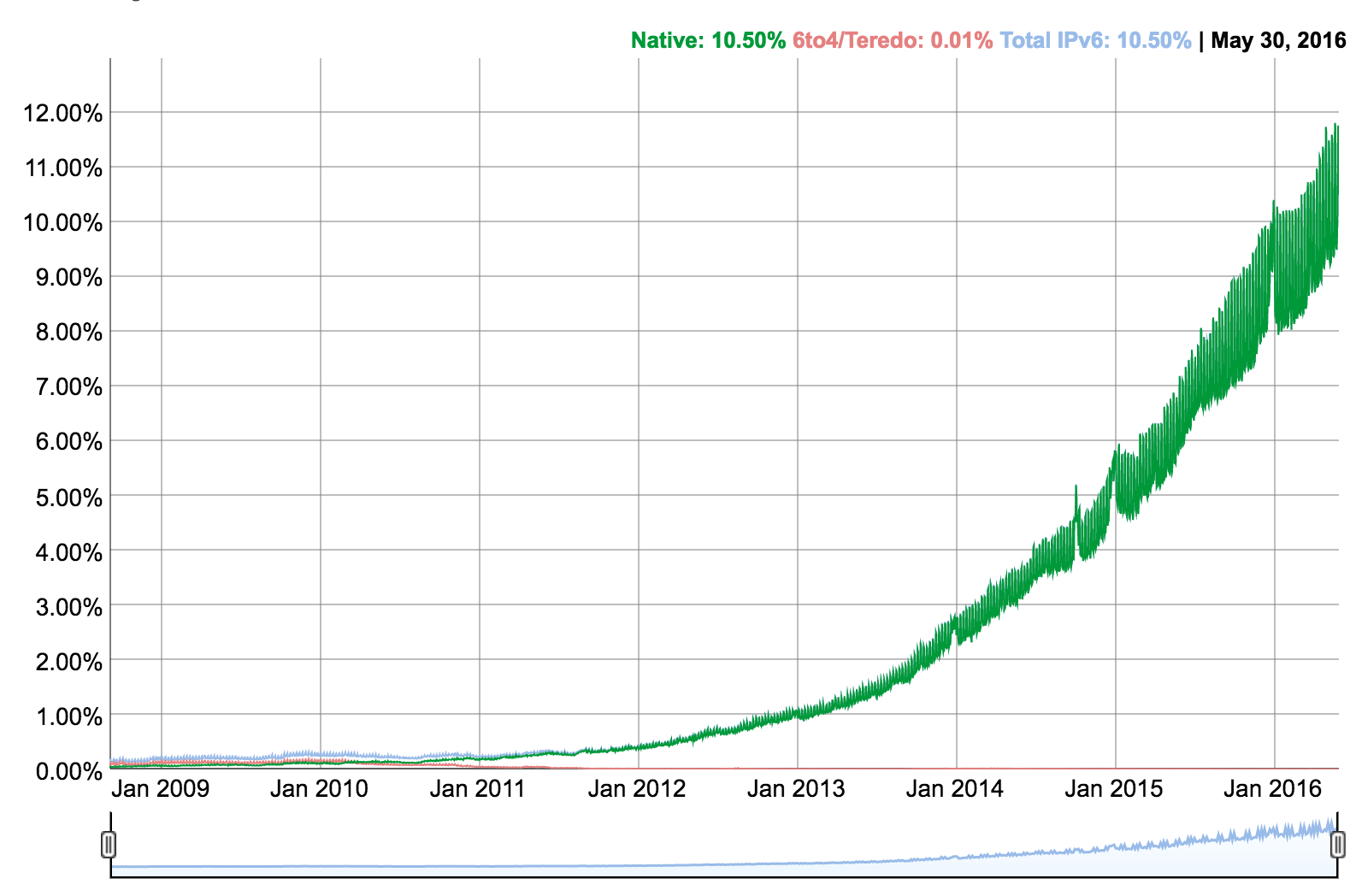 The good news, as the graph above indicates, is that the rate of IPv6 adoption has increased significantly; last year being a record year with a 4% increase, according to Google. The way Google derives these numbers is by having a small number of their users execute JavaScript code that tests whether a computer can load URLs over IPv6.

What’s up with the delay?

Transitioning from IPv4 to IPv6 is a complex thing to execute on a global scale. When data gets sent through the Internet, packets of data are sent using the IP protocol. Within each packet you have a number of elements besides the payload (the actual data you’re sending), including the source and destination. 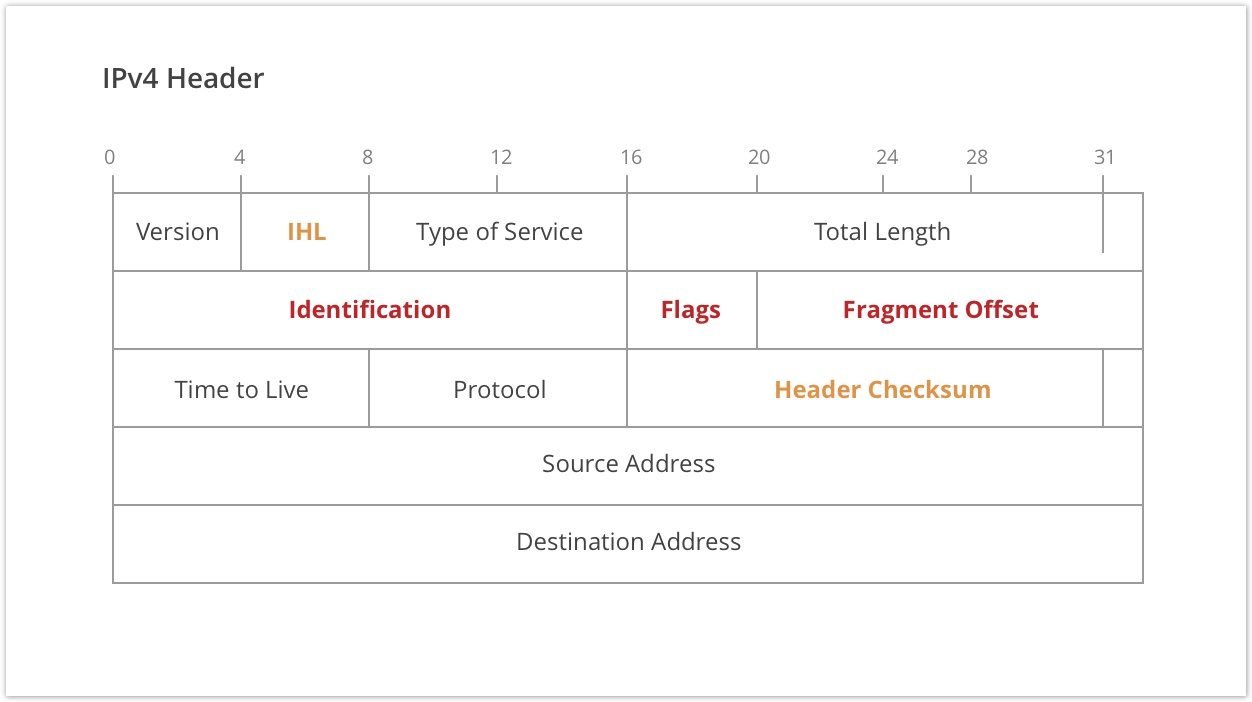 In order for the transmission to get to its destination, each device passing it along (clients/servers, routers, firewalls, load balancers, etc) needs to be able to communicate with the other. Traditionally, these devices communicate with IPv4, the universal language on the Internet. IPv6 represents an entirely new language. In order for all of these devices to be able to communicate, they all need to talk IPv6 or have some sort of translator involved.

Translation requires technologies such as NAT64 and DNS64. NAT64 allow IPv6 hosts to communicate with IPv4 servers by creating a NAT-mapping between the IPv6 and the IPv4 address. DNS64 will synthesize AAAA records from A records. DNS64 has some known issues like DNSSEC validation failure (because the DNS server doing the translation is not the owner’s domain server). For service providers, supporting IPv4/IPv6 translation means providing separate IPv4 and IPv6 connectivity thus incurring additional complexity as well as additional operational and administrative costs. 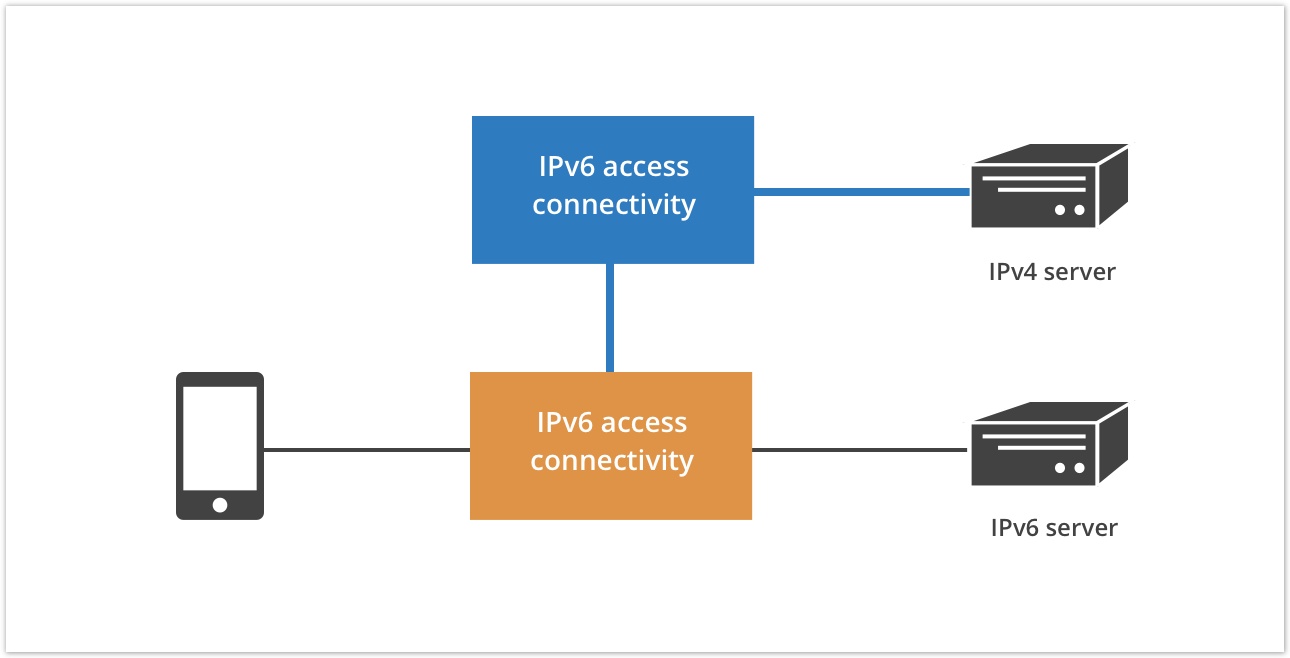 Using IP literals (hard coded IP addresses) in your code is a common pitfall to meeting Apple's IPv6 support requirement. Developers should check their configuration files for any IP literals and replace them with domain names. Literals should not be embedded in protocols either. Although literals may seem unavoidable when using certain low-level APIs in communications protocols like SIP, WebSockets, or P2PP, Apple offers high-level networking frameworks that are easy to implement and less error prone.

Stay away from network preflighting and instead simply attempt to connect to a network resource and gracefully handle failures. Preflighting often attempts to check for Internet connectivity by passing IP addresses to network reachability APIs. This is bad practice both in terms of introducing IP literals in your code and misusing reachability APIs.

CloudFlare offers a number of IPv6 features that developers can take advantage of during their migration. If your domain is running through CloudFlare, enabling IPv6 support is as simple as enabling IPv6 Compatibility in the dashboard.

Pseudo IPv4 offers 2 options: Add Header or Overwrite Headers. Add Header will automatically add a header (Cf-Pseudo-IPv4), that can be parsed by software as needed. Overwrite Headers will overwrite the existing Cf-Connecting-IP and X-Forwarded-For headers with a Pseudo IPv4 address. The overwrite option has the advantage (in most cases), of not requiring any software changes. If you choose the overwrite option, we'll append a new header (Cf-Connecting-IPv6) in order to ensure you can still find the actual connecting IP address for debugging.

For iOS developers under the gun to make the transition to IPv6, there are benefits to the move apart from compliance with Apple’s policy. Beyond the inherent security benefits of IPv6 like mandatory IPSec, many companies have seen performance gains as well. Real User Measurement studies conducted by Facebook show IPv6 made their site 10-15 percent faster and LinkedIn realized 40 percent gains on select mobile networks in Europe.

For domains currently running through CloudFlare, since we currently do not enable IPv6 by default you’ll want to go into your account and make sure IPv6 Compatibility is enabled under the Network tab. CloudFlare has been offering rock solid IPv6 since 2012 with one-click IPv6 provisioning, an IPv4-to-IPv6 translation gateway, Pseudo IPv4, and much more. For more information, be sure to check out our IPv6 page: https://www.cloudflare.com/ipv6/