For Net Neutrality Day on July 12, Fight for the Future (FFTF) launched a Cloudflare App installable for websites all over the world. Sites with it installed saw as many as 178 million page views prompting the users to write to their local congressional representative on the importance of Net Neutrality. All told, the FCC received over 2 million comments and Congress received millions of emails and phone calls. 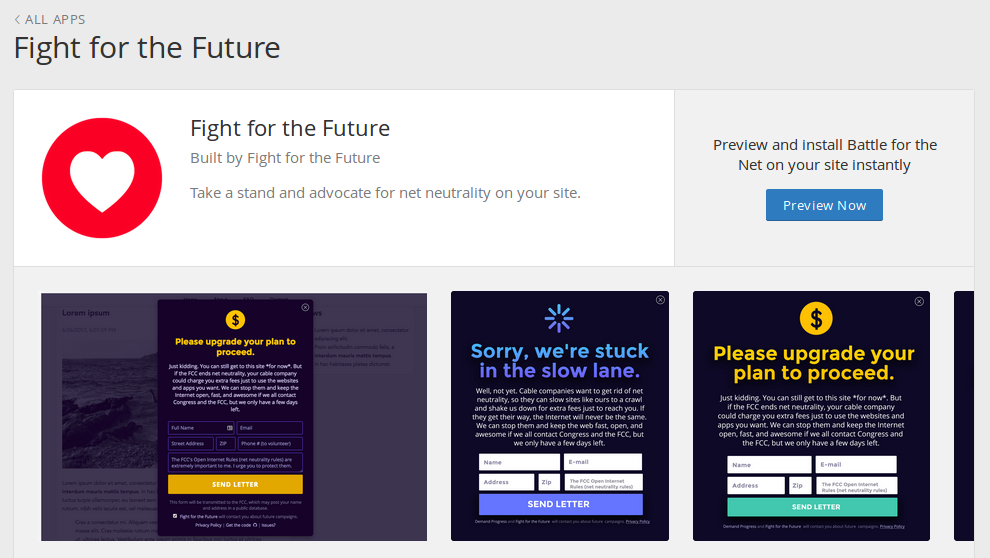 Screenshot of App Page for FFTF’s Battle for the Net app. Source code for this app.

When our co-founders launched Cloudflare in 2011, it was with a firm belief that the Internet is a place where all voices should be heard. The ability for either an ISP or government to censor the Internet based on their opinions or a profit motive rather than law could pose a huge threat to free speech on the Internet.

Cloudflare is a staunch supporter of Net Neutrality and the work done by Fight for the Future, which shows how effective Internet civic campaigns can be.

See source code for FFTF’s Battle for the Net Cloudflare App on Github.

To make your own app, see Cloudflare Apps docs.