How we made our page-load optimisations even faster

In 2017 we made two of our web optimisation products - Mirage and Rocket Loader - even faster! Combined, these products speed up around 1.2 billion web-pages a week. The products are both around 5 years old, so there was a big opportunity to update them for the brave new world of highly-tuned browsers, HTTP2 and modern Javascript tooling. We measured a performance boost that, very roughly, will save visitors to sites on our network between 50-700ms. Visitors that see content faster have much higher engagement and lower bounce rates, as shown by studies like Google’s. This really adds up, representing a further saving of 380 years of loading time each year and a staggering 1.03 petabytes of data transfer! 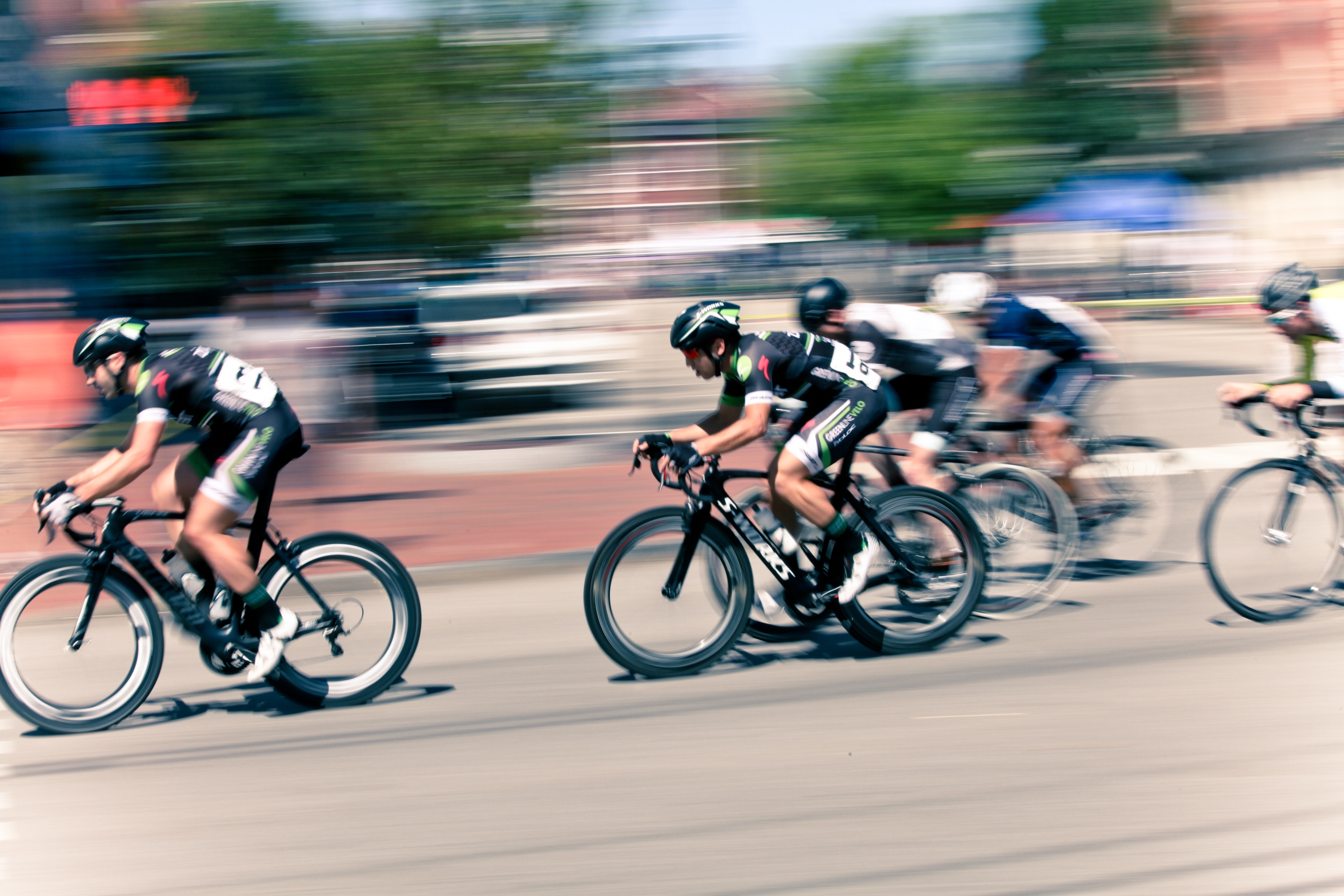 What Mirage and Rocket Loader do

Mirage and Rocket Loader both optimise the loading of a web page by reducing and deferring the number of assets the browser needs to request for it to complete HTML parsing and rendering on screen.

With Mirage, users on slow mobile connections will be quickly shown a full page of content, using placeholder images with a low file-size which will load much faster. Without Mirage visitors on a slow mobile connection will have to wait a long time to download high-quality images. Since it’ll take a long time, they will perceive your website as slow:

Browsers will not show content that until all the Javascript that might affect it has been loaded and run. This can mean users wait a significant time before seeing any content at all, even if that content is the only reason they’re on visiting the page!

Rocket Loader transparently defers all Javascript execution until the rest of the page has loaded. This allows the browser to display the content the visitors are interested in as soon as possible.

Both of these products involve a two step process: first our optimizing proxy-server will rewrite customers’ HTML as it’s delivered, and then our on-page Javascript will attempt to optimise aspects of the page load. For instance, Mirage's server-side rewrites image tags as follows:

Since browsers don't recognise data-cfsrc, the Mirage Javascript can control the whole process of loading these images. It uses this opportunity to intelligently load placeholder images on slow connections.

Rocket Loader uses a similar approach to de-prioritise Javascript during page load, allowing the browser to show visitors the content of the page sooner.

The Javascript for both products was written years ago, when ‘rollup’ brought to mind a poor lifestyle choice rather than an excellent build-tool. With the big changes we’ve seen in browsers, protocols, and JS, there were many opportunities to optimise.

Designed for the ecosystem of the time, both products were loaded by Cloudflare’s asynchronous-module-definition (AMD) loader, called CloudflareJS, which also bundled some shared libraries.

Dynamic loading meant the products could not benefit from optimisations present in modern browsers. Browsers now scan HTML as they receive it instead of waiting for it all to arrive, identifying and loading external resources like script tags as quickly as possible. This process is called preload scanning, and is one of the most important optimisations performed by the brower. Since we used dynamic code inside CFJS to load Mirage and Rocket Loader, we were preventing them from benefitting from the preload scanner.

To make matters worse, Rocket Loader was being dynamically inserted using that villain of the DOM API, document.write - a technique that creates huge performance problems. Understanding exactly why is involved, so I’ve created a diagram. Skim it, and refer back to it as you read the next paragraph:

As said, using document.write to insert scripts is be particularly damaging to page load performance. Since the document.write that inserts the script is invisible to the preload scanner (even if the script is inline, which ours isn’t, preload scanning doesn’t even attempt to scan JS), at the instant it is inserted the browser will already be busy requesting resources the scanner found elsewhere in the page (other script tags, images etc). This matters because a browser encountering a non-deferred or asynchronous Javascript, like Rocket Loader, must block all further building of the DOM tree until that script is loaded and executed, to give the script a chance to modify the DOM. So Rocket Loader was being inserted at an instant in which it was going to be very slow to load, due to the backlog of requests from the preload scan, and therefore causes a very long delay until the DOM parser can resume!

Aside from this grave performance issue, it became more urgent to remove document.write when Chrome began to intervene against it in version 55 triggering a very interesting discussion. This intervention would sometimes prevent Rocket Loader from being inserted on slow 2G connections, stopping any other Javascript from loading at all!

Clearly, document.write needed to be extirpated!

CFJS was authored as a shared library for Cloudflare client-side code, including the original Cloudflare app store. This meant it had quite a large set of APIs. Although both Mirage and Rocket Loader depended on some of them, the overlap was actually small. Since we've launched the new, shiny Cloudflare Apps, CFJS had no other important products dependant upon it.

A plan of action

Before joining Cloudflare in July this year, I had been working in TypeScript, a language with all the lovely new syntax of modern Javascript. Taking over multiple AMD, ES5-based projects using Gulp and Grunt was a bit of a shock. I really thought I'd written my last define(['writing', 'very-bug'], function(twice, prone) {}), but here I was in 2017 seeing it again!

So it was very tempting to do a big-bang rewrite and get back to playing with the new ECMAScript 2018 toys. However, I’ve been involved in enough rewrites to know they’re very rarely justified, and instead identified the highest priority changes we’d need to improve performance (though I admit I wrote a few git checkout -b typescript-version branches to vent).

So, the plan was:

The decision to avoid making a new shared library may be surprising, especially as tree-shaking avoids some of the code-size overhead from unused parts of our dependencies. However, a little duplication seemed the lesser evil compared to cross-project dependencies given that:

Sweating kilobytes out of the minified + Gzipped Javascript files is be a waste of time for most applications. However, in the context of code that'll be run literally millions of times in the time you read this article, it really pays off. This is a process we’ll be continuing in 2018.

Switching out Gulp, Grunt and AMD was a fairly mechanical process of replacing syntax like this:

Once the parts of CFJS used by the projects were inlined into the projects, we ended up with both Rocket and Mirage being slightly larger (all numbers minified + GZipped):

So we made a significant file-size saving (about half a jQuery’s worth) vs the original file-size required to completely load either product.

Before, our original insertion flow looked something like this:

Inside cloudflare.min.js we found the dynamic code that, once run, would kick off the requests for Mirage and Rocket Loader:

If you compare the new insertion sequence diagram, you can see why this is so much better:

Theory implied our smaller, browser-friendly strategy should be faster, but only by doing some good old empirical research would we know for sure.

To measure the results, I set up a representative test page (including Bootstrap, custom fonts, some images, text) and calculated the change in the average Lighthouse performance scores out of 100 over a number of runs. The metrics I focussed on were:

So, improved metrics across the board! We can see the changes have resulted in solid improvements, e.g a reduction in our average time till first meaningful paint of 694ms for Rocket, and 49ms for Mirage.

The optimisations to Mirage and Rocket Loader have resulted in less bandwidth use, and measurably better performance for visitors to Cloudflare optimised sites.