A little over a year ago, Nick Sullivan talked about the beginning of the end for AES-CBC cipher suites, following a plethora of attacks on this cipher mode.

Today we can safely confirm that this prediction is coming true, as for the first time ever the share of AES-CBC cipher suites on Cloudflare’s edge network dropped below that of ChaCha20-Poly1305 suites, and is fast approaching the 10% mark. 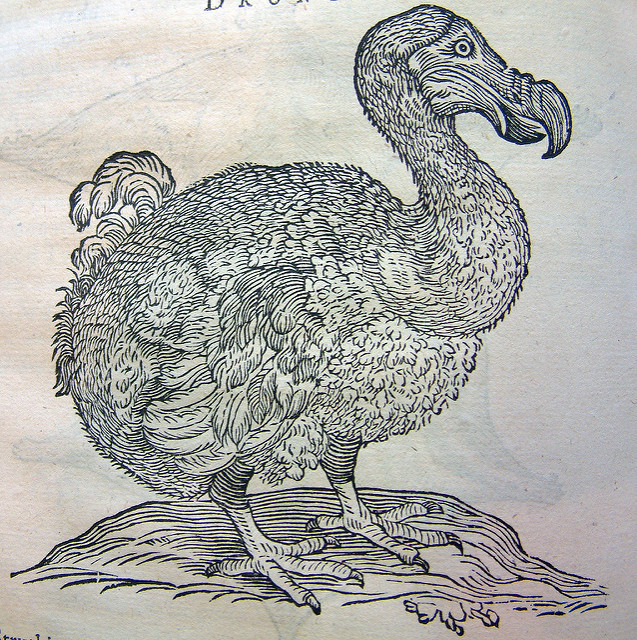 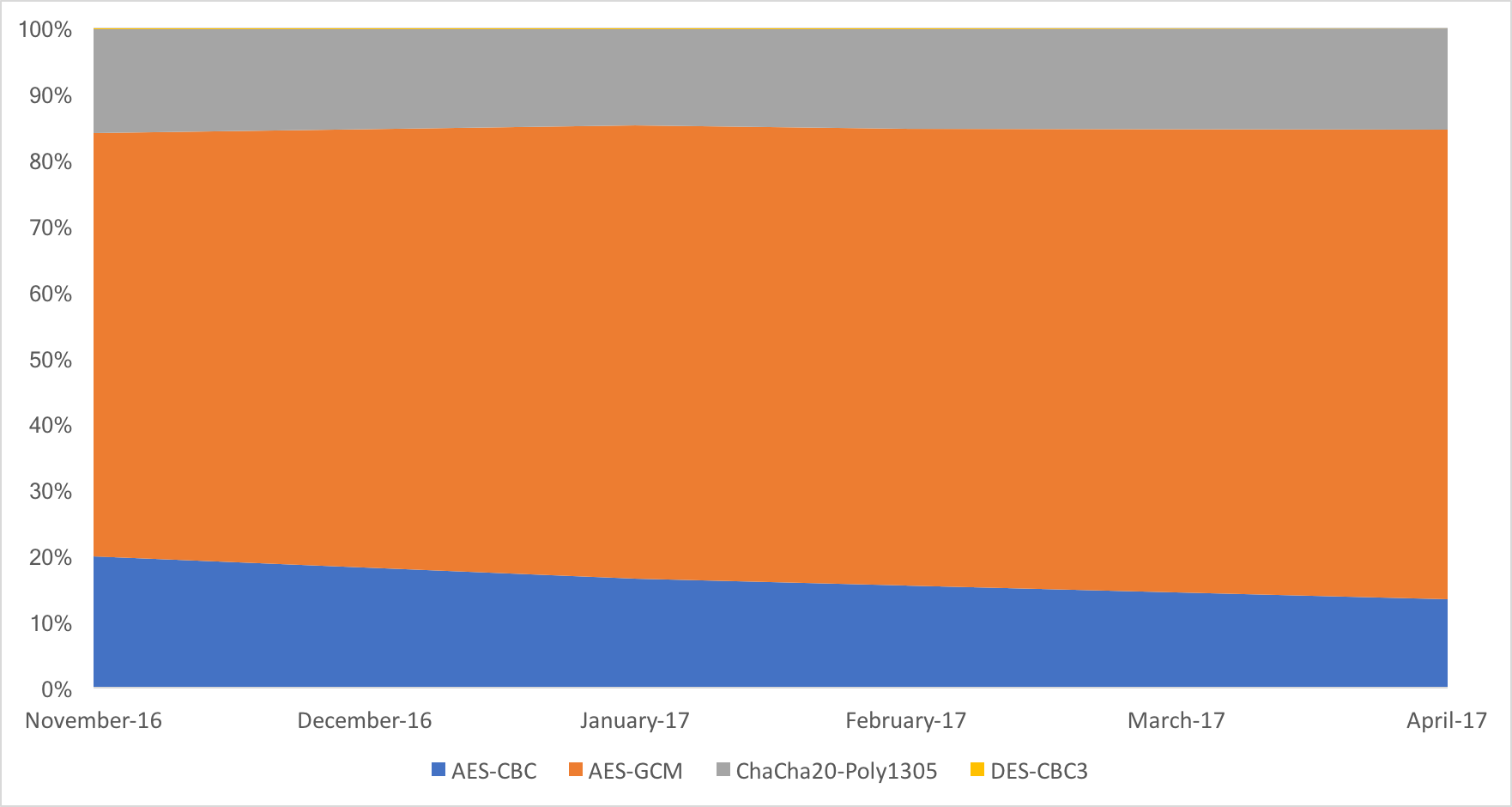 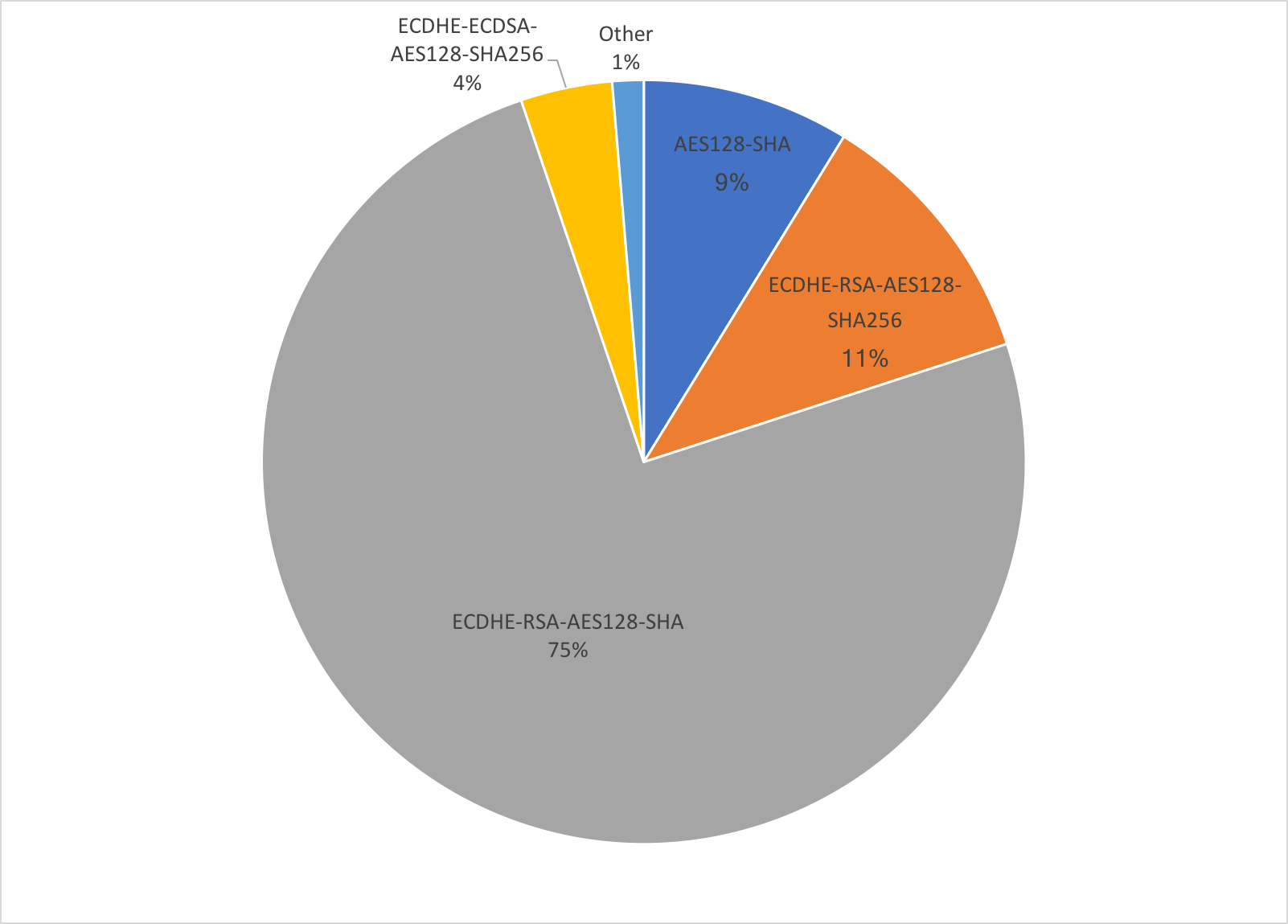 The majority of AES-CBC connections use ECDHE-RSA or RSA key exchange, and not ECDHE-ECDSA, which implies that we mostly deal with older clients.

In other good new, the use of ECDSA surpassed that of RSA at the beginning of the year. Currently more than 60% of all connections use the ECDSA signature.

Although 2048-bit RSA is not broken, it is generally considered less secure than 256-bit ECDSA, and is significantly slower to boot. 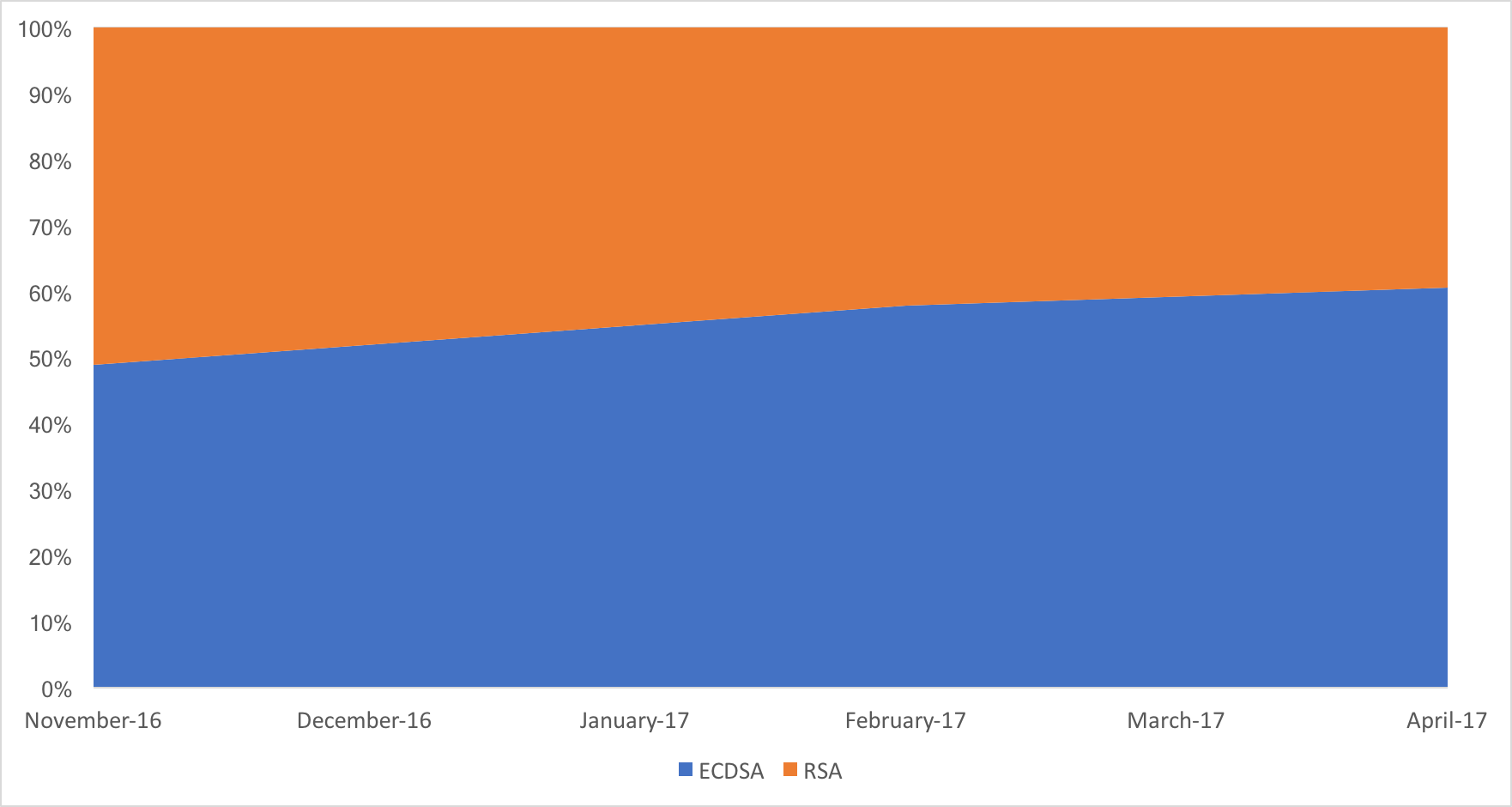 All in all we see the continuation of the positive trend on the web towards safer and faster cryptography. We believe this trend will continue with the finalization of TLS 1.3 later this year.