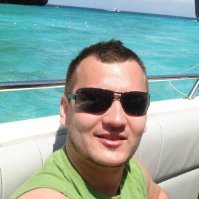 Today we are happy to release the source code of a project we’ve been working on for the past few months. It is called BoringTun, and is a userspace implementation of the WireGuard® protocol written in Rust....

Cloudflare's jpegtran implementation was optimized for Intel CPUs. Now that we intend to integrate ARMv8 processors, new optimizations for those are required....

I wouldn’t be surprised if the title of this post attracts some Bitcoin aficionados, but if you are such, I want to disappoint you. For me crypto means cryptography, not cybermoney, and the price we pay for it is measured in CPU cycles, not USD....

Not long ago I needed to benchmark the performance of Golang on a many-core machine. I took several of the benchmarks that are bundled with the Go source code, copied them, and modified them to run on all available threads....