The Folly of Charging by Bandwidth 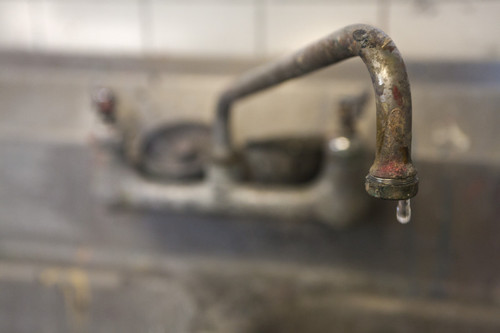 Back in 1992, I was part of a small team of students at Trinity College that helped build what turned out to be one of the first, if not the first, online-only magazines. It was an evolution of an email newsletter, the brain child of Peter Adams and Paul Tesco, called the Trincoll Journal. I remember the heated discussions over whether we should use HTML or another new standard we were pitched by a company called Adobe: PDF. Embarrassingly, I was part of the team that thought PDF was the better choice. Thankfully, Peter and Paul saw the future, chose HTML, and we launched this new thing called a "website."

It was a student publication, but we couldn't convince many students to write, largely because we couldn't convince anyone to read it. On a whim, we started writing some pieces with topics of interest outside of the college. Dumbfoundingly to us at the time, people from around the world started finding our little publication and sending us emails about how much they enjoyed reading it. At some point, an early Wired Magazine (print only at the time) named us one of the best sites on the nascent Internet. Overnight our traffic went through the roof. We were all excited, celebrating in our basement office, until we got a somewhat angry call from the campus IT administrator saying they were pulling the plug because the bandwidth costs were too high.

The Internet has changed a lot, but every time I tell this story to someone who runs a website it still resonates. Anyone putting content online does so hoping it will suddenly be discovered and take off like a rocket. And yet, everyone has a secret dread of that traffic too. We built CloudFlare to eliminate the dread from getting popular online, whether you're a new startup launching at a conference like TechCrunch Disrupt and worried about your servers crashing, or just a business with a fixed budget for bandwidth worried about nasty bill after a big spike in traffic after getting featured on Daring Fireball.

People hate their cell phone companies in large part because the nickle-and-diming over usage fees. It's no different with web services: no one likes getting a surprise bill that is higher thanexpected and, if you're a service provider, nothing alienates customers faster. There's no worse feeling as a web publisher than being excited that you crossed some traffic milestone, and then get hammered a month later by bandwidth fees.

At CloudFlare, we didn't just want to eliminate the technical dread of a flood of traffic, but also the billing dread. We buy bandwidth wholesale and establish peering relationships directly in order to deliver better pricing and service. We build our network from the ground up ourselves, so we can invest in our own infrastructure rather than using an existing cloud provider's network and having to build in their margin. And we've proven our business model: we are already more than covering the costs of running our network.

Over the next months, CloudFlare will roll out more service tiers with additional features and a higher level of support. However, we love all our customers, even those that don't pay us. We will always offer CloudFlare's free tier with at least the feature set it has today. CloudFlare's goal is to bring performance and security to every website, not just those that can afford it. I think of it as my penance for having advocated for PDF all those years ago.

WAF for everyone: protecting the web from high severity vulnerabilities

We are excited to provide our new Cloudflare Web Application Firewall, with a Free Managed Ruleset to all Cloudflare users...

Email Routing is now in open beta, available to everyone