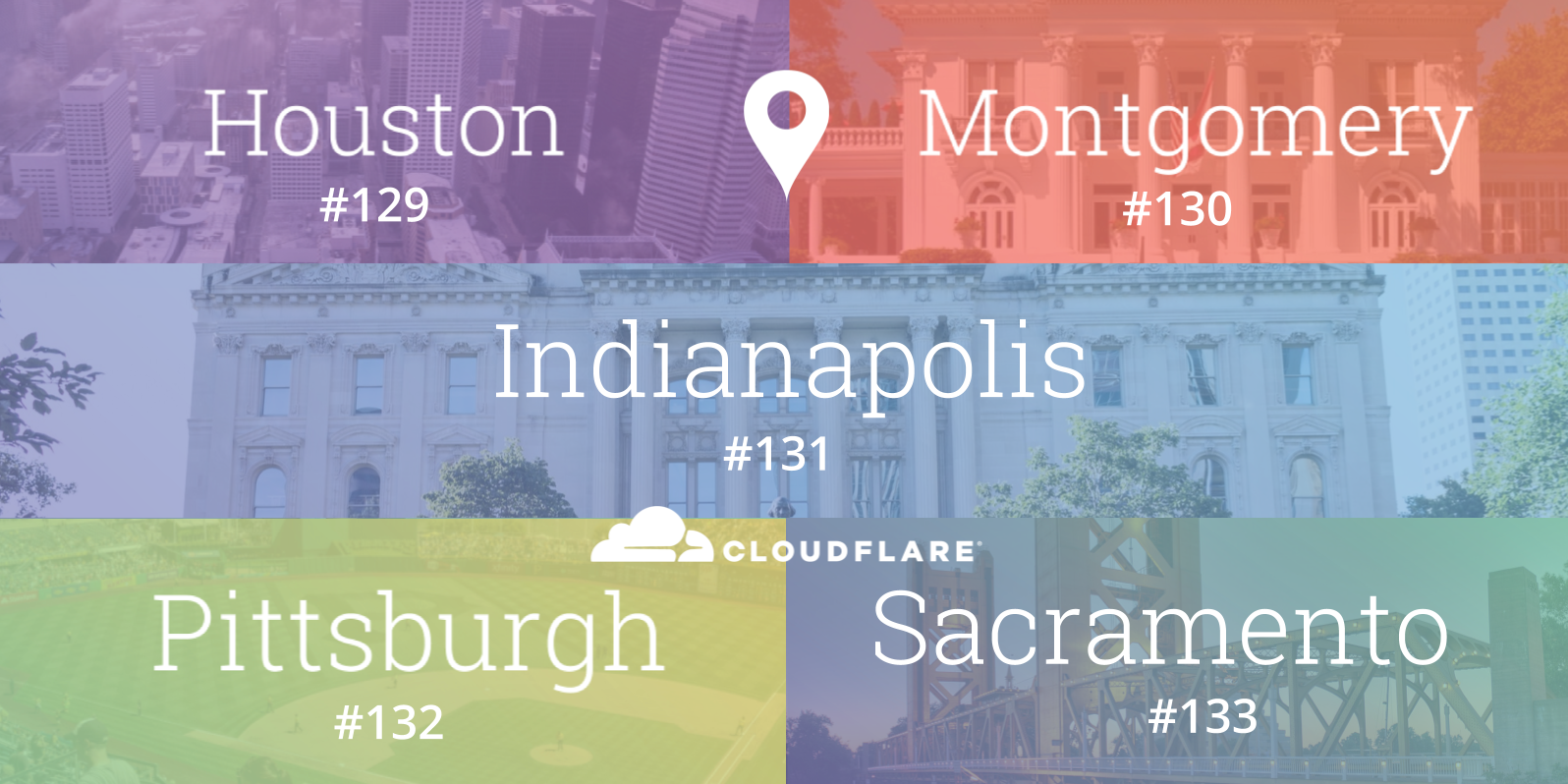 Cloudflare is excited to announce deployments in Detroit and San Diego, which are our 114th and 115th data centers respectively. They join Colombo, Sri Lanka and Cape Town, South Africa....

We just turned on our latest data center in Los Angeles. In its first minute, the facility processed more than 30,000 requests. We expect that number to rise over the next 24 hours....

And Then There Were Three: Cloudflare's New Data Center