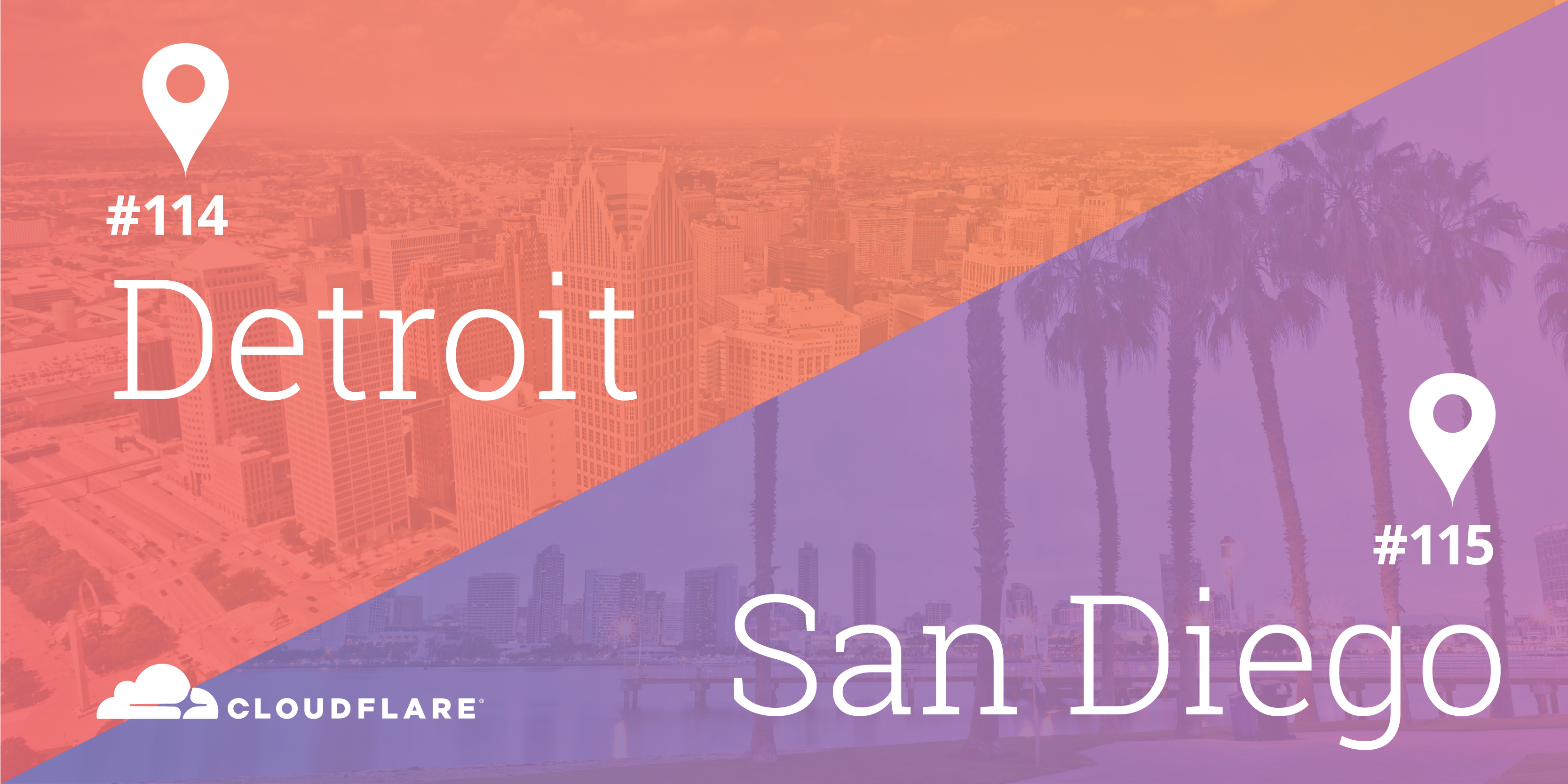 Cloudflare is excited to announce deployments in Detroit (Michigan) and San Diego (California), which are our 114th and 115th data centers respectively. They join Colombo, Sri Lanka and Cape Town, South Africa in the cohort of four new cities added just this week to our growing global network, which spans 57 countries and counting.

For over 6 million Internet properties, we now serve customer traffic from across 26 North American cities, including 22 in the United States alone. We're not going to stop building our network until we're within milliseconds of every Internet user, and to that end, data centers are already in the works in eight additional North American cities (and many others around the world). 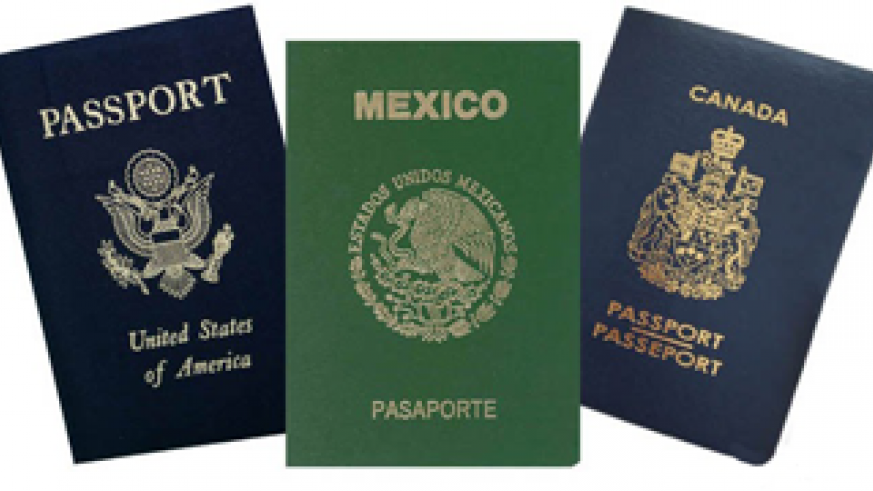 Detroit and San Diego share something special, as they are immediately adjacent to international borders with Canada and Mexico respectively. Detroit has four border crossings to Windsor, Ontario, including the Ambassador Bridge, which was built in the Roaring Twenties, and accommodates over a quarter of all merchandise trade with Canada.

Founded in 1701, and best known for cars and Motown, Detroit eagerly awaits a 3,000 pound bronze RoboCop statue to watch over Delta City (track progress here). An early member of our technical operations team and fan of Detroit Techno is especially excited that this month's Movement Electronic Music Festival is a Cloudflare customer.

Projects such as the non-profit Internet exchange DET-IX, enable greater regional interconnection, bringing together hosts, ISPs, and "edge" networks (such as Cloudflare), to exchange traffic locally instead of further away in Chicago. As we turn up peering with additional networks in the coming weeks, we expect to serve a growing share of Internet users in Detroit and San Diego right from their city.

We just turned on our latest data center in Los Angeles. In its first minute, the facility processed more than 30,000 requests. We expect that number to rise over the next 24 hours....

And Then There Were Three: Cloudflare's New Data Center