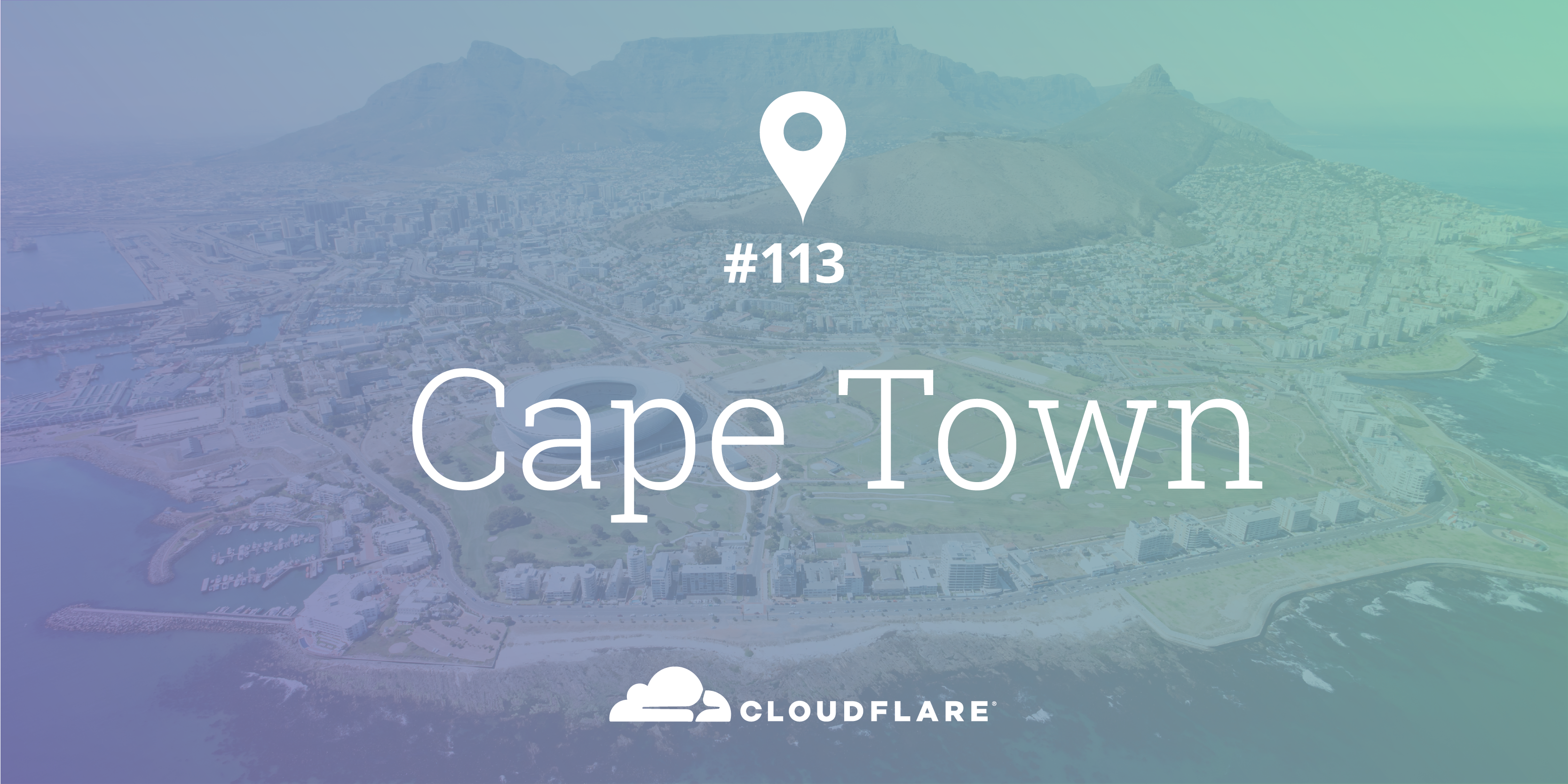 Back in December 2014, Cloudflare opened our first data center in Africa and our 30th datacenter globally. That was in Johannesburg, which has since seen over 10x growth in traffic delivered to South Africa and surrounding countries.

Now, we are expanding into our second city in South Africa — Cape Town, bringing us 870 miles (1,400km) closer to millions of Internet users. Only 15% smaller than Johannesburg by population, Cape Town commands a majority of the tourism business for the country.

For Cloudflare, our newest deployment reinforces our commitment to helping build a better Internet in South Africa and Southern Africa as a whole. Expanding on our existing peering at the JINX and NAPAfrica Internet exchanges in Johannesburg, we are now also a member at NAPAfrica Cape Town. As we enable the interconnections with in-country hosts and ISPs, we will distribute and optimize traffic delivery, while providing in-country redundancy for millions of Internet properties.

In the graph below, Gauteng is the province containing Johannesburg and the nation's capital Pretoria, whereas the Western Cape province includes Cape Town and the aforementioned wine districts. With the second data center now operational in South Africa, we are seeing near equivalent performance over both major cities.

Colombo and Cape Town are the first two of four data centers going live this week. Our next two deployments, yet to be revealed, will provide additional redundancy to existing facilities in North America. Can you guess the cities they are in?