Che, ya estamos en Argentina! It is con placer that we announce our 32nd data center in Buenos Aires, Argentina. Our Buenos Aires data center is our 5th in Latin America following deployments in Santiago, São Paulo, Medellin, and Lima. As of this moment, CloudFlare is now mere milliseconds away from nearly all of Latin America's 300 million Internet users.

Argentina may be better known as the land of bife and malbec, but it is also home to a thriving tech community, including several well known start-up accelerators such as Startup Buenos Aires, Wayra and NXTP Labs (a CloudFlare customer!). At CloudFlare, we know a thing or two about the challenges of building a technology company, and we're proud to support the fast delivery of Internet applications for users in Argentina, as well as those who create them.

Don't cry for me Argentina 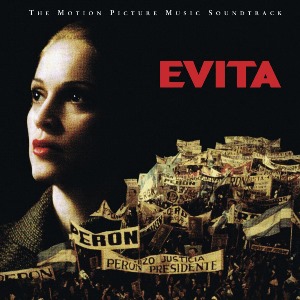 Although not commonly known, the title of the famous song from the musical Evita originates from an epitaph on a plaque honoring Evita Peron, and roughly translates as: "Don't cry for me Argentina, I remain quite near to you." Unfortunately, when it comes to the Internet, there is plenty of reason to cry (or at least sniffle), as the majority of online content consumed within Argentina (and all of Latin America) must be transported from quite far away.

Prior to our deployment in Buenos Aires, delivery of the nearly 2 million Internet applications on CloudFlare to the majority of Argentina's 35 million Internet users occurred through CloudFlare's data centers in Newark and Miami (200 and 170ms, respectively, of RTT away from Buenos Aires), with the remainder served in-region from our other data centers in Latin America. In both cases, multiple International carriers are involved in delivering traffic from our network to the ultimate end user. Also keep in mind that this issue is not CloudFlare specific. The vast majority of online content consumed in Latin America is delivered from even further away in the various geographies in which it is hosted (Europe, Asia, Oceania, etc.), with even more severe latency.

At play are two overarching, and related, dynamics. The first relates to the domicile of online content. It is estimated that upwards of 80-90% of online content accessed in Latin America is hosted outside of Latin America. This also includes locally produced content, as the cost of hosting is often less expensive in the United States and Europe. Consequently, to access online content Internet users within Latin America must travel longer distances, which means a slower Internet. This is where CloudFlare steps in allowing any individual or enterprise to easily localize their content across our global network. In regions where ISPs/networks are highly interconnected, this typically means that one or more CloudFlare's data centers is very close by. However, in regions with less local interconnection, such as in Argentina (and Latin America at large), the closest point of interconnection may be quite far away (as in the case above with traffic routing to Newark and Miami).

This is where the second dynamic comes in: interconnection. For many ISPs in Latin America, it is less expensive to purchase Internet connectivity in the United States (e.g., delivered across a submarine cable), than to purchase that same access locally. As a result, interconnection between ISPs/networks frequently occurs outside of the region, which means that content can only be accessed outside of the region (even if it is hosted locally!). Fortunately, much progress is being made to foster network interconnection locally. This progress takes the form of increased competition between providers on price and quality of service, a policy environment that recognizes the importance of local interconnection, and the development of local IXPs (Internet exchange points).

If you're on CloudFlare, your content is, as of today, available locally

It is this last development—the formation of IXPs—that is greatly facilitating the local interconnection of networks and the exchange of content. As part of our Buenos Aires deployment we've established connectivity with CABASE, an association of IXPs in Argentina. CABASE's association includes numerous interconnected IXPs throughout Argentina, allowing ISPs from Mendoza to La Plata to exchange traffic within the country. CABASE, like PTT.br (an IXP in Brazil in which CloudFlare is also a participant) is a great model for Internet connectivity in the region. Our participation in the IXP allows us to cache our customers' content locally, and exchange it with ISPs across the entire country. Say hasta luego to Newark and Miami (sorry Will Smith).

For those that read our previous post about our Düsseldorf deployment, we encouraged readers to guess our next three datacenter locations. Only one guessed Buenos Aires, but two more locations are at large. Stay tuned!