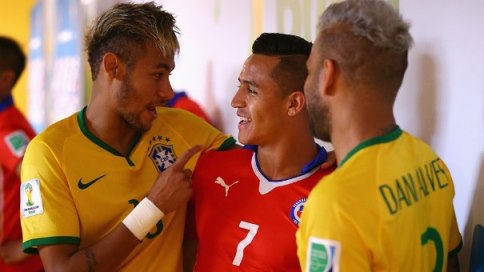 "Chile may have scored a CloudFlare data center first, but at least we’re still in the Cup”

Brazil is home to not only the most successful national football team in history (Pentacampeão), but also to the most technologically advanced World Cup ever hosted. From vanishing foam and goal-line technology, to the biological passport and the thermally-bonded design of the Adidas Brazuca, FIFA has finally (if not begrudgingly!) entered the modern age. In honor of this great football nation, and their advance to the semi-finals, it is only fitting that we “ice the cake” with CloudFlare’s 27th data center in São Paulo.

Our journey to Brazil

As this year’s 32 qualifying teams will attest, the journey to Brazil wasn’t easy. To make our own journey happen we had to work with multiple hardware vendors to achieve certification from Anatel (the telecom regulator of Brazil), coordinate dozens of shipments, and patiently wait for the Receita Federal do Brasil (the Brazilian tax authority) to receive, inspect, inspect again (and again), and then release our equipment to its new home in the NAP do Brazil.

Our Prize? Not quite the US$35 million in winnings that will greet the World Cup champions, but we do get the satisfaction of increasing the performance of the 2 million+ sites using CloudFlare for Brasil’s 100 million Internet users. This launch also means that the millions of web sites and mobile apps hosted in Brazil can now use CloudFlare to increase the performance and security of their online presence both in Brazil and around the world. Se você é do Brasil, nunca houve um uma melhor oportunidade para inscrever-se na CloudFlare!

For those keeping score

São Paulo is our second data center in Latin America following our deployment in Chile. And even though only one more data center remains in this latest round of expansion, we're just getting started. Curious to know what's next? Spoiler: If you are Colombian (we're sorry for your loss!), you won't be as disappointed after reading the next blog post. Stay tuned!