DDoS Ransom: An Offer You Can Refuse 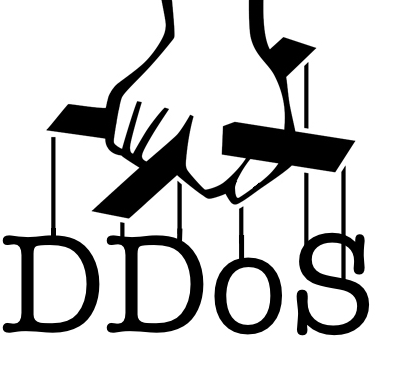 Cloudflare has covered DDoS ransom groups several times in the past. First, we reported on the copycat group claiming to be the Armada Collective and then not too long afterwards, we covered the "new" Lizard Squad. While in both cases the groups made threats that were ultimately empty, these types of security events can send teams scrambling to determine the correct response. Teams in this situation can choose from three types of responses: pay the ransom and enable these groups to continue their operations, not pay and hope for the best, or prepare an action plan to get protected.

We can’t stress enough that you should never pay the ransom. We fully understand that in the moment when your website is being attacked it might seem like a reasonable solution, but by paying the ransom, you only perpetuate the DDoS ransom group’s activities and entice other would be ransomers to start making similar threats. In fact, we have seen reports of victim organizations receiving multiple subsequent threats after they have paid the ransom. It would seem these groups are sharing lists of organizations that pay, and those organizations are more likely to be targeted again in the future. Victim organizations pay the ransom often enough that we see new “competitors” pop up every few months. As of a few weeks ago, a new group, intentionally left unnamed, has emerged and begun targeting financial institutions around the world. This group follows a similar modus operandi as previous groups, but with a significant twist.

The main difference between previous copycats and this new group is that this group actually sends a small demonstration attack before sending the ransom email to the typical role-based email accounts. The hope is to demonstrate to the target that the group will follow through with the ransom threat and convince them to pay the amount requested before the deadline passes. Unsurprisingly though, if the ransom amount is not paid before the deadline expires, the group does not launch a second attack.

When targeting an organization, the group sends two variations of a ransom email. The first variation is a standard threat:

Interestingly, the second email variation makes reference to "mirai" -- the IoT-based botnet that has been in the news recently as having contributed to many significant attacks. It is important to note -- while the second variation of ransom email references “mirai” there is no actual evidence that these demonstration attacks have anything to do with the Mirai botnet.

While no two attacks are identical, the group’s demonstration attacks do generally follow a pattern. The attacks usually peak around 10 Gbps, last for less than an hour and use either DNS amplification or NTP reflection as the attack method. Without detailing specifics so as not to tip off the bad people, there are also specific characteristics about the demonstration attacks that support the theory the attacks are using a booter/stresser type of service to carry out the attacks. Neither of these attack types are new, and Cloudflare successfully mitigates attacks that are substantially larger in volume many times a week.

While in this instance not paying the ransom doesn’t lead to a subsequent attack, this outcome isn’t guaranteed. Not only can your site possibly go down during the demonstration attack, but there is still nothing stopping either the original ransomer or a different attacker from launching a future attack. Regardless of an attacker’s true intent, taking no action is a suboptimal plan.

Scrambling to build an action plan while actively under attack is not only stressful, but this is often when avoidable mistakes happen. We recommend doing your research about what protection is right for you ahead of time. DDoS protection, as well as other application level protections, don’t have to be a hassle to implement, and it can be done in under an hour with Cloudflare. Having a plan and implementing protection before a security event occurs can keep your site running smoothly. However, if you find yourself under attack and without an action plan, it’s important to remember that many of these groups are bluffing. Even when these groups are not bluffing, paying the ransom will only encourage them to continue their efforts. If you have received one of these emails, we encourage you to reach out so that we can discuss the specifics of your situation, and whether or not the specific group in question is known to follow through with their threats.