CloudFlare and Metallica 'Ride the Lightning' 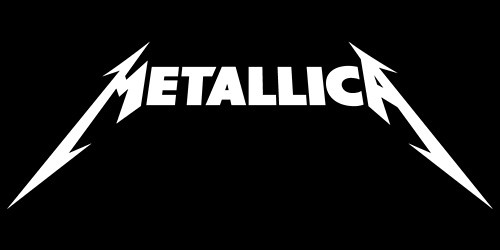 While I may be dating myself in this post, I've been a fan of Metallica since 1986. Like many other teenagers listening to music during my youth, I was largely listening to a lot of cheesy "hair bands" during High School (ummm...1980's) and didn't really appreciate the thrash metal bands that were around.

Then Metallica came along and blew my mind; their virtuosity, heavy (yet melodic) sound, and interesting timeshifts from their rhythm section opened me to a whole new world of rock music that changed what rock music would become. Other than perhaps the mighty Led Zeppelin and Black Sabbath, I can think of no other heavy metal band that influenced so many of the bands of the past thirty years or so.

The first time I saw Metallica live was on their 'And Justice for All' tour, playing with the band Queensryche at the Cow Palace in 1988. Metallica and Queensryche were my two favorite bands, so it was a dream come true, and I even had the fortune of going backstage after the show. Rich and famous? Yes. Approachable and cool? Totally. It was definitely a highlight of my teenage years to meet the band members I had idolized.

The last time I saw Metallica was at a private show at the Fillmore in San Francisco, fifteen years later in 2003. While time is generally not kind to rock bands, Metallica was still as tight a band as they were when I first saw them live fifteen years earlier and rocked the house like few bands can.

A few weeks ago, Metallica signed up for the CloudFlare service. I reached out to the network admin to find out why Metallica decided to use CloudFlare, and the response is below:

As Metallica's technical consultants and an existing user of CloudFlare, we didn't hesitate to recommend your service to not only add a layer of security to the Metallica website and message boards but also to help reduce the load on their servers. In addition, Metallica's worldwide fan base benefits from the distributed content to speed up load times in countries where their site would normally take longer to load. Once these benefits were explained to Metallica's web management, the decision was easy.

CloudFlare is super excited to have Metallica join us, and our goal is to make all of Metallica's fans happy by making the Metallica site as fast as Metallica's music.

Here at Labyrinth Labs, we put great emphasis on monitoring. Having a working monitoring setup is a critical part of the work we do for our clients. Improving your monitoring setup by integrating Cloudflare’s analytics data into Prometheus and Grafana...

A Day in the Life of a Technical Support Engineer at CloudFlare - Marty Strong, London

As a Technical Support Engineer I get to work with many different members of the CloudFlare family and with customers from all around the world. Each day is very different to the next, and of course, some days stand out more than others....

It's the Most Wonderful Time of the Year...For Ecommerce Sites

Forecasters have estimated that online holiday shopping will account for almost 25 percent of total ecommerce sales in 2012. That's more than $54 Billion dollars in online transactions....

CloudFlare is based in San Francisco, California, USA but we serve a global audience. Every minute of every day we send and receive traffic from nearly all of the world's networks....