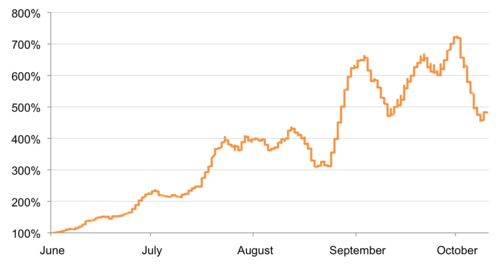 As the year comes to a close, we've been assembling trend data for 2011. One of the most interesting has been the rise of denial of service (DDoS) attacks. Controlling for CloudFlare's growth, we've seen a 700% increase in DDoS attacks over the course of the year. While it's always hard to tell the specific reason for any attack, we're seeing two macro trends driving these attacks:

We’re excited to present the Cloudflare Radar 2022 Year In Review, featuring interactive charts, graphs, and maps you can use to explore what changed on the Internet throughout this past year...

In 2021, we continued to live with the effects of the COVID pandemic and Internet traffic was also impacted (differently than in 2020) from it....

Today we are launching a dedicated Year In Review page with interactive maps and charts where you can explore what changed on the Internet in 2020. Year In Review is part of Cloudflare Radar....