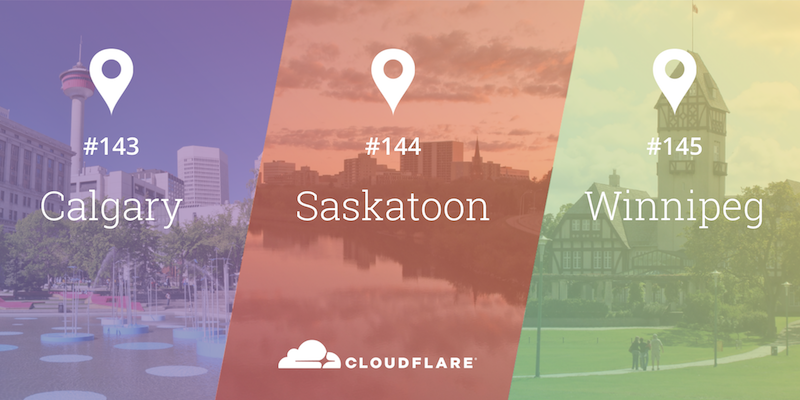 We just turned up Calgary, Saskatoon and Winnipeg - Cloudflare’s 143rd, 144th, and 145th data centers. This brings our Canadian presence to six cities, joining Toronto, Montreal and Vancouver. I grew up just outside of Saskatoon, so I couldn’t be happier that Cloudflare’s network has expanded to the Canadian Prairies. My parents still live there and I just booked flights to go and visit them this summer. When I tell people that I grew up in Saskatchewan, most people don’t know a lot about the region, so I wanted to share some of my favorite things about the region, starting from west to east: 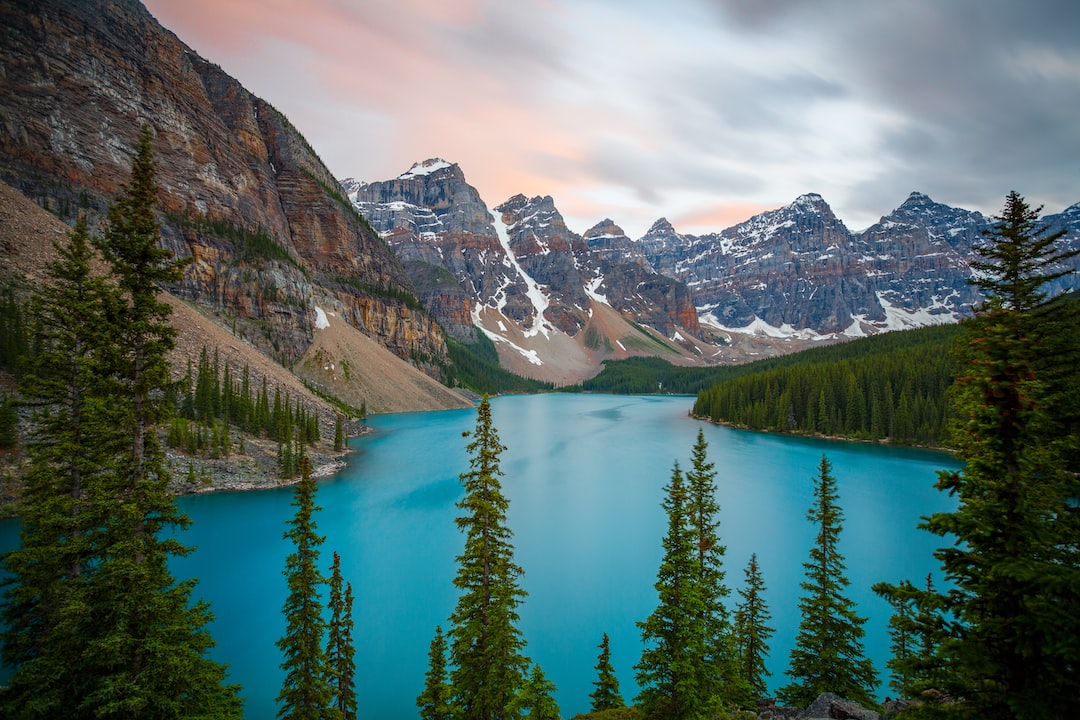 The Canadian prairies are gorgeous, and home to some of the kindest people you will meet. I am proud that we are making the Internet faster, safer and more reliable for folks in that region.

The end of March is nearing and our team is working hard to hit our goal of 150 cities. Where to next? 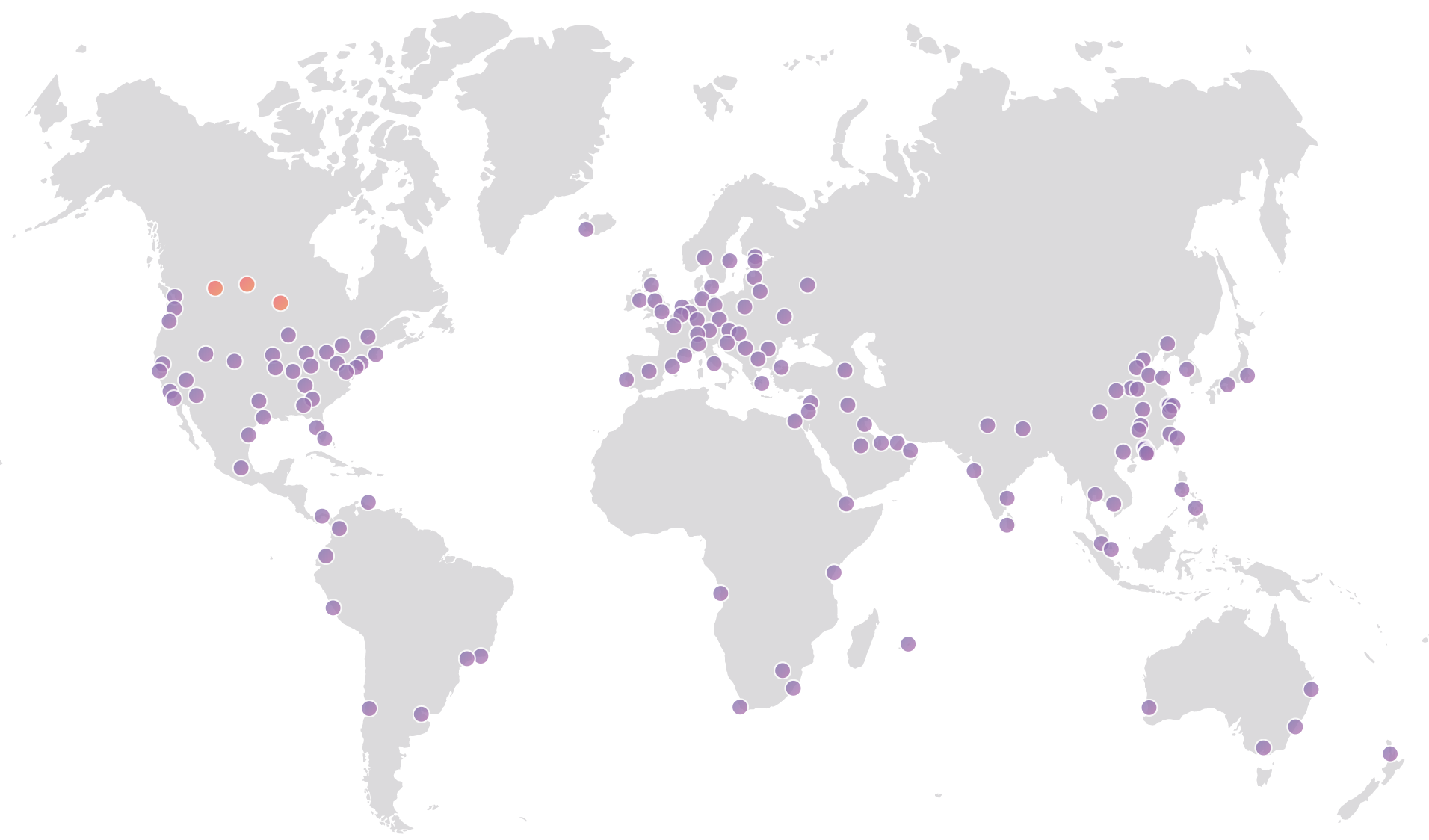