Our global expansion continues in Bucharest, Romania, the 6th largest city in the European Union* following London, Berlin, Madrid, Rome, and Paris (nearly all of which feature a CloudFlare PoP!). From Bucharest, our latest data center will serve all 11 million Romanian Internet users, as well as users throughout the Balkans and Eastern Europe.

Romania is geographically situated between Bulgaria, Hungary, Moldova, Serbia, and Ukraine, making it an ideal destination to attract additional Internet traffic throughout much of Eastern Europe. Of course, geographic reality is rarely a mirror of Internet reality. Adding a new point of presence doesn't automatically mean that traffic from surrounding areas (or even traffic in the very same country) will route to that particular data center. This entirely depends on the interconnection of International carriers with local Internet service providers (ISPs) and large networks like CloudFlare.

It is for this precise reason that we place even more emphasis on our interconnection within a particular PoP as opposed to the absolute number of dots we add to our network map. Of course, the combination of the two (expanding wide and deep) is even better, and is why CloudFlare is blazing fast around the world. 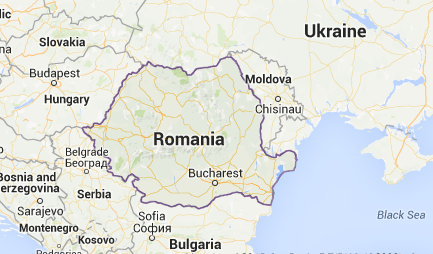 In Romania alone we are connected to nearly every single Tier 1 Internet provider with a network in-country (TeliaSonera, Cogent, GTT/Tinet, NTT, and Telecom Italia). And we are further connected (or nearly connected!) to nearly all local peering exchanges, including Interlan, NetIX, RoNIX and BalcanIX. Direct connections are also in progress with many of the largest local ISPs. #zoomzoom

It wouldn't be a blog post about Romania without...

Dracula and his supposed home—Bran Castle (commonly known as Dracula's Castle)—in Transylvania! The contrivance of Irish author Bram Stoker, Dracula recounts the story of vampire Count Dracula's attempts to move from Transylvania (in Romania) to England. Although there is no record that Stoker was aware of Bran Castle at the time of the book's writing, it remains entwined with the legend to this day.

While our Bucharest PoP is not located in a castle (but rather a modern Tier-3 data center), one of our upcoming sites will be (that's right, a castle turned into a data center). If you can guess the location in the comments, we'll have some CloudFlare gear sent your way!