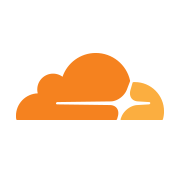 Kuala Lumpur joins the CloudFlare network as our 45th global point of presence (PoP). While this latest deployment comes only a day after the announcement of our expansion in Berlin (back-to-back!), it's been a long three years since we last crossed a new border in Asia....

Our data center in Berlin is our 3rd in Germany following Frankfurt and Düsseldorf, 14th in Europe, and 44th globally. Berlin is of considerable importance not just because it is the capital of Europe's most populous country....

Only two weeks after the announcement of our four new points of presence (PoPs) in the Middle East, it is with much hullabaloo that we announce our 43rd PoP, and second in Africa following Johannesburg, in Mombasa, Kenya (a.k.a. “The Castle”)....