Yesterday, Syria's Internet connectivity was cut off from the rest of the world. At 14:12 UTC, approximately 19 hours and 30 minutes after it had been shut down, connectivity was returned.... 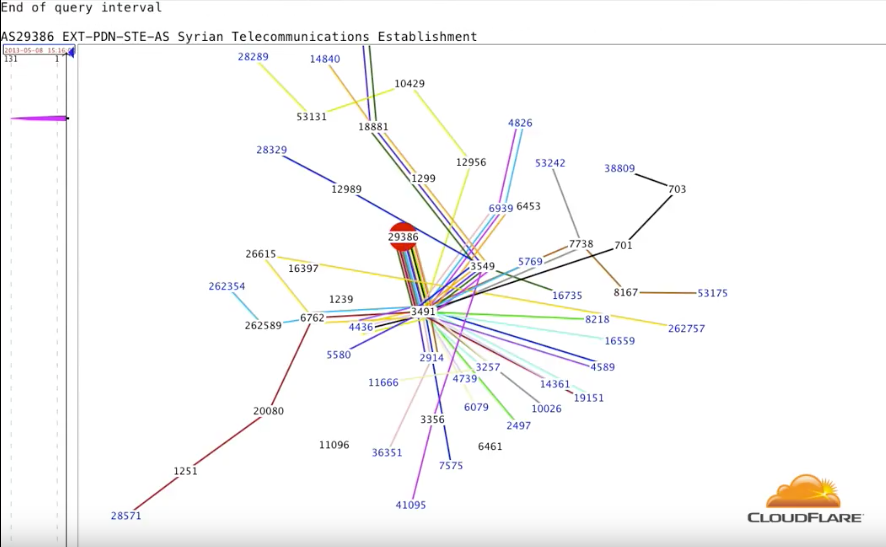 How Syria Turned Off the Internet (Again)

Today at 18:48 UTC, Syria dropped off the Internet. Based on the data we collect from our network, as well as reports from other organizations monitoring network routes, it appears that someone systematically withdrew the BGP....

Syria has reestablished partial connectivity to the Internet. The following map of BGP connectivity shows Syria's 29386 network connected to multiple networks outside Syria....

How Syria Turned Off the Internet

Today, 29 November 2012, between 1026 and 1028 (UTC), all traffic from Syria to the rest of the Internet stopped. At CloudFlare, we witnessed the drop off. We've spent the morning studying the situation to understand what happened....