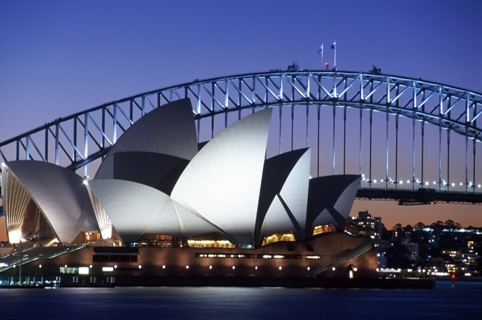 Over the next few weeks, CloudFlare will be significantly expanding our global network. In total, we'll be adding 9 new data centers and doubling the size of our existing facility in London. When we're done we'll have 23 global data centers and nearly 70% more network capacity. I'm excited to announce the first of these 9 new facilities just came online: Sydney, Australia.

We choose the locations of our data centers in large part based on where we can most improve network performance. Australia has been one of the problematic regions for network providers. In CloudFlare's case, traffic from Australia has been served from our Singapore or Los Angeles facilities. In either case, ping times were over 160 milliseconds. With our new Sydney facility, ping times from Australia and New Zealand are now averaging under 40 milliseconds.

Straight to the Pool Room

The challenge of opening a facility in Australia has been the cost. Bandwidth is in the region is notoriously expensive. We talked with bandwidth providers for almost a year without much luck. Finally, Tom, a CloudFlare network engineer who happens to be Australian, suggested we watch the movie The Castle. After that, whenever we'd get a call from a bandwidth provider in the region, Tom would ask them, "How much?" He'd relay the price to me and I'd simply say, "Tell 'em they're dreamin'."

Anyway, the rest played out pretty much just like in The Castle. We eventually wore down the big, bad bandwidth providers. And, without having to kick anyone out of their home, we now have found one of our own down under.

The new routes are propagating now and all Australia and New Zealand traffic should be hitting Sydney within the next 24 hours. If you're in the region and the Internet starts feeling faster, now you'll know why. Stay tuned here for updates as we turn on the rest of the 9 new data centers over the next few weeks.