Ben Fathi: Why I Joined CloudFlare 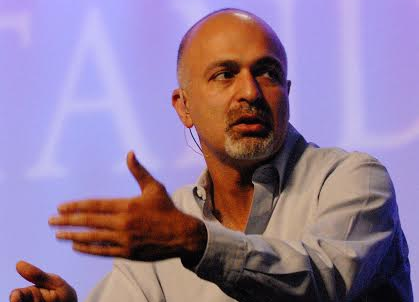 I’m sure some of you are scratching your head right about now wondering why I would join an Internet security and optimization company. But, Ben, this is not even close to your passion: operating systems.

I had the same reaction when I first saw the CloudFlare website. I wasn’t even sure it made sense for me to go interview here. After taking a closer look, however, I realized that it would be the perfect new home for me. Take a look at this page for a brief introduction to what CloudFlare does and how we do it.

If you know me, you know that I'm a sucker for distributed systems. I fall for a hard computer science problem every time. So, it shouldn’t be a surprise to you that CloudFlare’s John Graham-Cumming, had me at “hello” when he nonchalantly described one of the company's projects: a globally distributed key value store with sub-second consistency guarantees! Ho hum! No big deal.

As the interview process progressed, the team graciously spent several hours walking me through the architecture as well as future plans and product roadmaps. These discussions and email exchanges were frequently interrupted by my cries of protest: “But, what about x?” and “Have you thought about y?” The response, in every case, made it obvious that they knew not only what they were doing but also where they were going. My questions were soon replaced with cries of incredulity, delivered in my best Scotty-from-the-engine-room accent: “But, Jim, she can’t take it. The engine’ll blow.” Not only are we doing it, here is the live telemetry showing its utilization and performance. And this is baby stuff. Just wait until we show you Warp 10! I’m not sure if they noticed the drool emanating from my gaping mouth as I was too busy scratching my head.

CloudFlare has quietly been building a cloud and they’re already running it at scale across 64 data centers in more than thirty countries around the world. They didn’t just throw a bunch of servers in a data center and postpone the latency and reliability issues. Instead, they built geo-scaling and resiliency right into the architecture. CloudFlare has four million customers and makes the Internet more secure, more performant, and more reliable every day. CloudFlare puts themselves in front of the largest DDoS attacks so our customers don’t have to and it’s really good at stopping them.

It's all out there today – and it’s already processing more than five percent of all web requests. The security and performance services currently listed on CloudFlare’s site are just the tip of the iceberg. As if that weren’t enough, last month CloudFlare announced a $110 million round of funding and collaboration with Google, Microsoft, Qualcomm, and Baidu — led by Fidelity.

No one in the industry seems to have told these people — a former law professor and a chemist who met in Harvard Business School — that what they were proposing to do was impossible, let alone with a lean team of two hundred employees. Much larger companies have been struggling to deliver similar services with ten times the resources.

Operating System for the Edge of the Internet

As I look forward to the opportunity in front of us, there is only one phrase that comes to mind: awe inspiring. We have an opportunity to build a fully distributed and resilient always-on Internet Operating System at the edge of the network — where it matters most — as far as end user experience is concerned.

I’m thrilled to be taking over the helm of engineering at CloudFlare. The question shouldn’t be why I joined, but rather, why you’re not here as well. Come join us and let’s make the Internet a better place together. If we happen to build a scalable secure cloud at the same time, even better. If we manage to build a distributed Internet-scale operating system to manage it all, you might call it serendipity.

CloudFlare has offices in San Francisco, London, Singapore and Washington, DC. And yes, we are most definitely hiring.