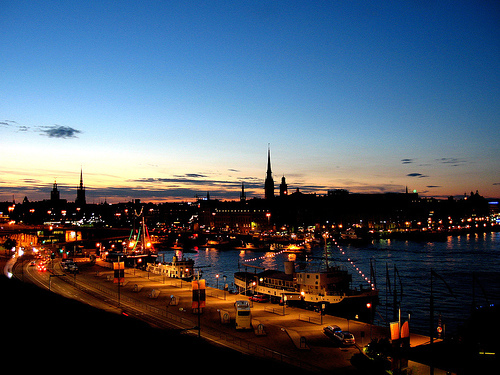 I've never been to Stockholm and, while I've heard the country is beautiful, my impressions of Sweden have largely been colored by the country's famous fish and chef — which are delicious and amusing, respectively. From a networking perspective, Stockholm serves as the hub of the Nordic countries in Europe and we expect it will decrease ping times throughout much of northern Europe.

Speaking of ping times, Sweden is also home to Pingdom, one of CloudFlare's most popular app partners. The Swedes care about web performance, so we're excited to be making the Internet faster for the region. And I'm hopeful now that we have a data center there, I'll have a reason to visit Stockholm and no longer think about the Swedish Chef when I think Sweden.

Finally, I'm personally particularly excited about Stockholm because Terry let me press the key to commit the final updates to the router and send traffic to the new data center. Woot!