Cloudflare launches speed.cloudflare.com, a tool that allows you to gain in-depth insights into the quality of your network uplink, including throughput, latency and jitter.... 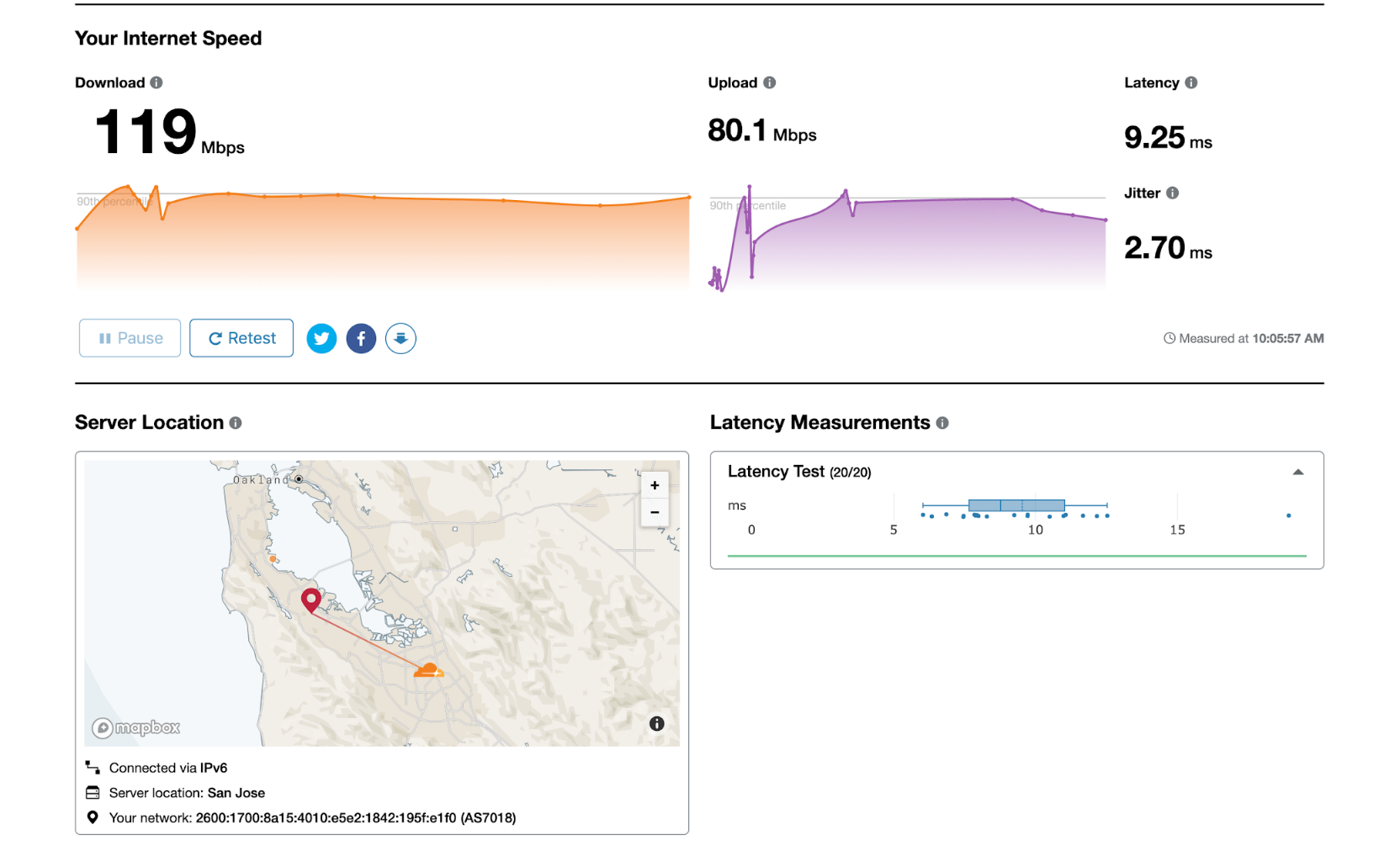 A whole 12 months ago we unveiled the true mission of Cloudflare’s scale: to find the best mince pie available to the public. In 2018 we’ve all been extremely busy helping Cloudflare & our customers and therefore we left it very late this year. Uncomfortably late....

Since joining Cloudflare I’ve always known that as we grew, incredible things would be possible. It’s been a long held ambition to work in an organisation with the scale to answer a very controversial and difficult question....

APIs are increasingly becoming the backbone of the modern internet - whether you're ordering food from an app on your phone or browsing a blog using a modern JavaScript framework, chances are those requests are flowing through an API....