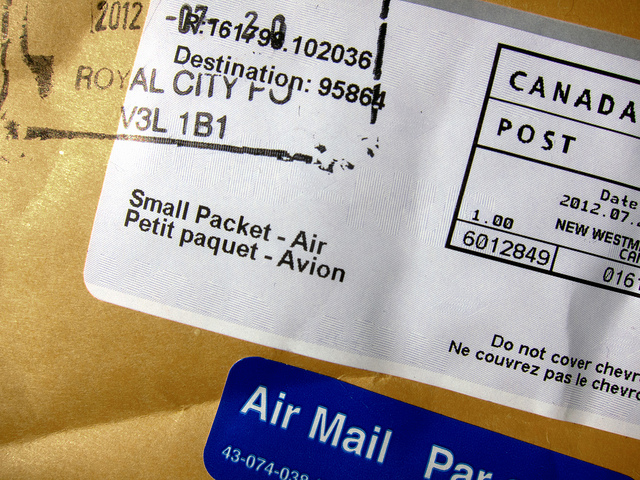 CC BY 2.0 image by Robert Couse-Baker

Yesterday we wrote about the 400 gigabit per second attacks we see on our network.

One way that attackers DDoS websites is by repeatedly doing DNS lookups that have small queries, but large answers. The attackers spoof their IP address so that the DNS answers are sent to the server they are attacking, this is called a reflection attack.

Domains with DNSSEC, because of the size of some responses, are usually ripe for this type of abuse, and many DNS providers struggle to combat DNSSEC-based DDoS attacks. Just last month, Akamai published a report on attacks using DNS lookups against their DNSSEC-signed .gov domains to DDoS other domains. They say they have seen 400 of these attacks since November.

To prevent any domain on CloudFlare being abused for a DNS amplification attack in this way, we took precautions to make sure most DNS answers we send fit in a 512 byte UDP packet, even when the zone is signed with DNSSEC. To do this, we had to be creative in our DNSSEC implementation. We chose a rarely-used-for-DNSSEC signature algorithm and even deprecated a DNS record type along the way.

Dutch mathematician Arjen Lenstra famously talks about cryptography in terms of energy. (We’ve covered him once before on our blog). He takes the amount of energy required to break a cryptographic algorithm and compares that with how much water that energy could boil. To break a 228-bit RSA key requires less energy than it takes to boil a teaspoon of water. On the other hand, to break a 228-bit elliptic curve key requires the amount of energy needed to boil all the water on the earth.

With elliptic curve cryptography in the ECDSA signature algorithm, we can use smaller keys with the same level of security as a larger RSA key. Our elliptic curve keys are 256 bits long, equivalent in strength to a 3100 bit RSA key (most RSA keys are only 1024 or 2048 bits). You can compare below two signed DNSKEY sets, an RSA implementation against our ECDSA one. Ours is one quarter of the size of the matching RSA keys and signature. 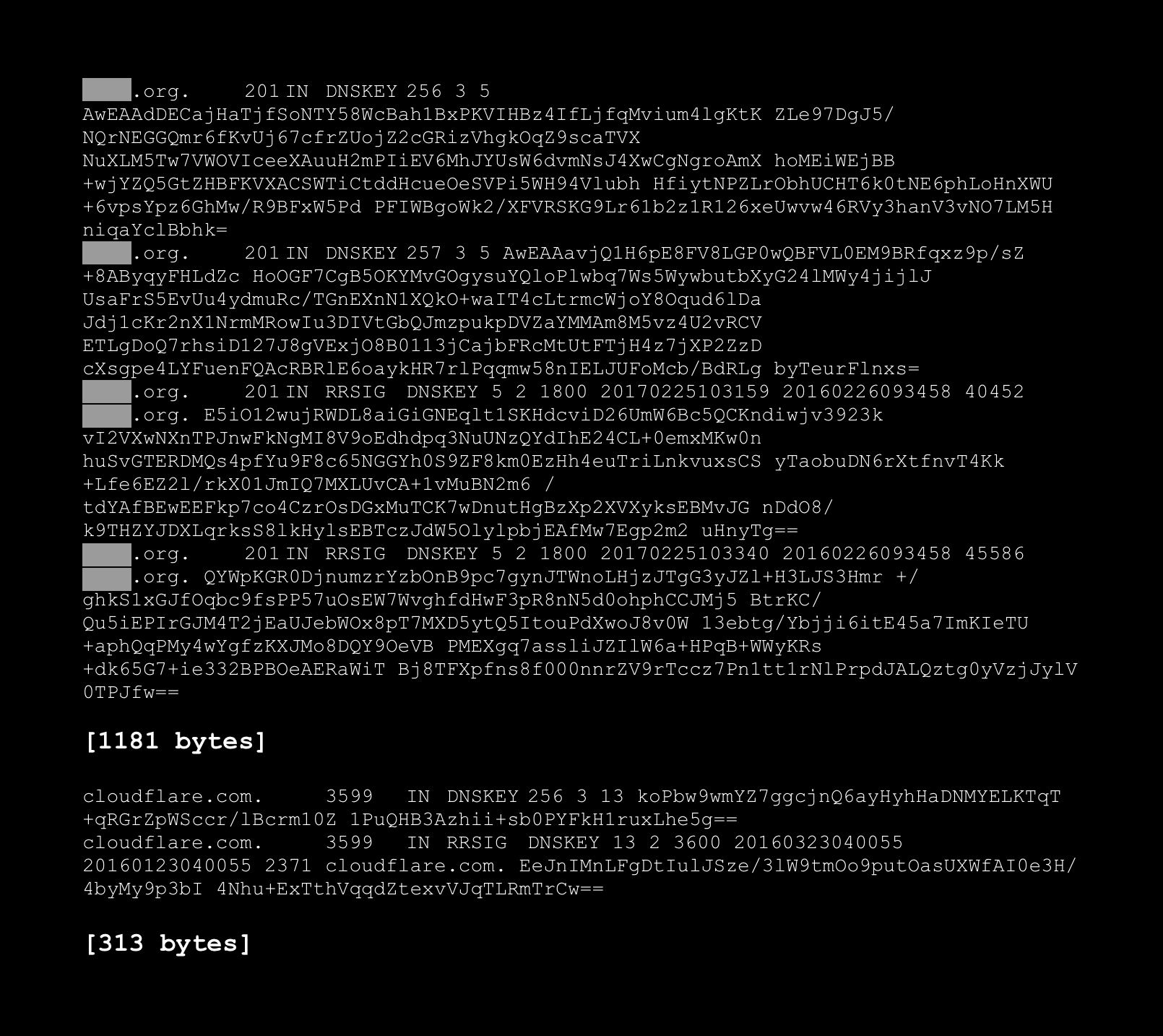 As a side benefit, ECDSA is lightning fast, and our engineer Vlad Krasnov actually helped make it even faster. By implementing ECDSA natively in assembler, he was able to speed up signing by 21x. His optimizations are now part of the standard Go crypto library as of Go version 1.6. It now only takes us a split of a second, 0.0001 of a second, to sign records for a DNS answer.

Deprecating ANY: The Obituary Of A DNS Record Type

In Akamai’s security report, the authors draw the conclusion that DNSSEC is the only cause of the large answers used for DDoS attacks, but the other cause of the large answers is that the attackers use ANY queries to maximize the amplification factor. ANY queries are a built-in debugging tool, meant to return every DNS record that exist for a name. Unfortunately, they are instead more often used for launching large DDoS attacks.

In September, we stopped answering ANY queries and published an Internet Draft to begin the process of making ANY deprecation an Internet standard. We did this carefully, and worked closely with the few remaining software vendors who use ANY to ensure that we wouldn’t affect their production systems.

An ANY query for DNSSEC-enabled cloudflare.com returns an answer that is 231 bytes. The alleged domain in Akamai’s paper, for comparison, returns an ANY query almost 18 times larger, at a whopping 4016 bytes.

Today we are proud to release the source code of a cryptographic library we’ve been working on: a collection of cryptographic primitives written in Go, called CIRCL....

This blog post is dedicated to the memory of Dr. Scott Vanstone, popularizer of elliptic curve cryptography and inventor of the ECDSA algorithm. He passed away on March 2, 2014....