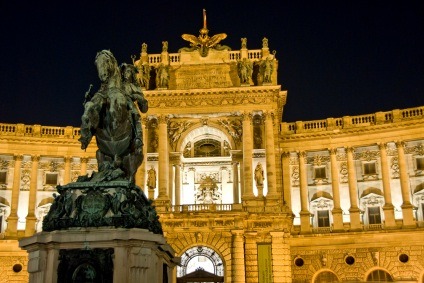 CloudFlare's global expansion continues. After launching Sydney, Atlanta, Seattle, and Toronto over the last week and a half, this week we plan on turning up several more facilities in Europe. Today we're launching Vienna, Austria — our 19th global data center and number 5 of the 9 new cities we're launching as part of this round of expansion.

Eastern Europe is one of CloudFlare's fastest growing regions. Frankfurt currently serves most traffic from the region and, as a result, has become one of our busiest data centers. Vienna is one of the new facilities designed to help take some of the load off Frankfurt and generally improve performance throughout the region.

As part of this expansion, we're also increasing the number of transit providers we're using in the region for in-bound transit. This will both improve overall performance and also increase the resiliency of our network if there are ever issues with one of our current providers.

Getting Lost in Vienna's Bermuda Triangle

I was last in Vienna for RSA Europe a number of years ago. While I did spend time in the city's appropriately named Bermuda Triangle (Bermudadreieck) district — home to many of the city's best pubs, bars and restaurants — I have never seen the city's famous Lipizzaner Stallions. I'm hopeful that now that CloudFlare has a data center there I'll have an excuse to go back. Until then, enjoy the following YouTube video.