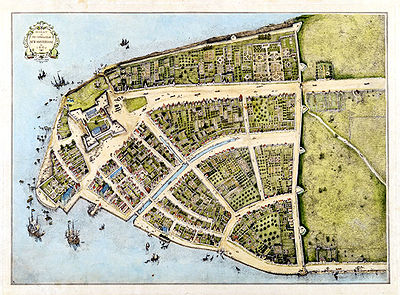 We finished our update to our Amsterdam data center over night. Previously, we had used leased equipment in Amsterdam to power CloudFlare's service. While it worked ok, it wasn't specifically optimized for the network-heavy loads a service like ours creates.

It's very difficult to build a platform on someone else's platform, and we always anticipated switching out the hardware to our own machines. With that accomplished, Amsterdam can now handle at least 10x its previous maximum capacity. It's pretty awesome to see the new hardware humming along.

In addition to Amsterdam, we're rolling out data centers in Paris and Frankfurt in the coming weeks. After that, we plan on bringing London online. With that we will cover the major hot Internet exchange points of western Europe and will turn our attention further east.

The occasion of launching "New Amsterdam" also has me singing the refrain from the song originally recorded by The Four Lads, and then repopularized by They Might Be Giants, "Istanbul (Not Constantinople)":"Even old New York was once New Amsterdam... Why'd they change it? I can't say. People just liked it better that way!"