Today the United States Federal Communications Commission (FCC) voted to extend the rules that previously regulated the telephone industry to now regulate Internet Service Providers (ISPs). The Commission did this in order to preserve the principle of network neutrality. Broadly stated, this principle is that networks should not discriminate against content that passes through them.

At CloudFlare, we are strong proponents of network neutrality. My co-founder, Michelle Zatlyn, sat on the FCC's Open Internet Advisory Committee. The work of that committee played a role in guiding today's vote. So there is a large part of us that is celebrating today.

At the same time, I have deep concerns that proponents of a free and open Internet may look back on today not as a great victory, but as the first step in what may turn out to be a devastating loss. The Internet has largely been governed from the bottom up by technologists seeking rough consensus and running code. Today's action by the FCC may mark the beginning of a new era where the Internet is regulated by lawyers from the top down. As a technologist and recovering lawyer, that worries me.

The Threat to the Network

If you think about it, it's a miracle that the Internet has been as neutral as it has for as long as it has. Throughout history, owners of networks — be they shipping channels, country clubs, Ivy League colleges, banks, roads, or actual telecommunications networks — have profited by charging tolls to access those networks. The Internet has, for the most part, resisted this. There is no "long distance" charge on the Internet. You don't pay more to access one website or use one mobile app than another. Bytes, for the most part, are bytes regardless of where they come from or go to.

That is not to say there is no risk. Networks tend to be natural monopolies. Consolidation of what are known as "terminating access providers" — companies like Comcast that act as ISPs for customers — creates a choke point for the Internet. These companies are in a position to start charging not only their users but also content providers. But, to date, the number of instances of actual abuse by ISPs in the United States has been remarkably low.

When proponents of government regulation of the Internet want to point to abuse their poster child is often Netflix. The company's fights with Comcast and other ISPs are well documented. There's little doubt that Netflix's performance suffered on some ISPs where the infrastructure serving the company's movie-streaming bytes became overloaded.

Lawyers have a saying: hard cases make bad law. Netflix is a hard case. According to the company, during primetime viewing they are responsible for more than 30% of all U.S. Internet bandwidth use. Remember that the company only launched streaming video seven years ago, and it only really took off about four years ago. In other words, the company has increased U.S. Internet use by a third — on its own — in an extremely short amount of time. 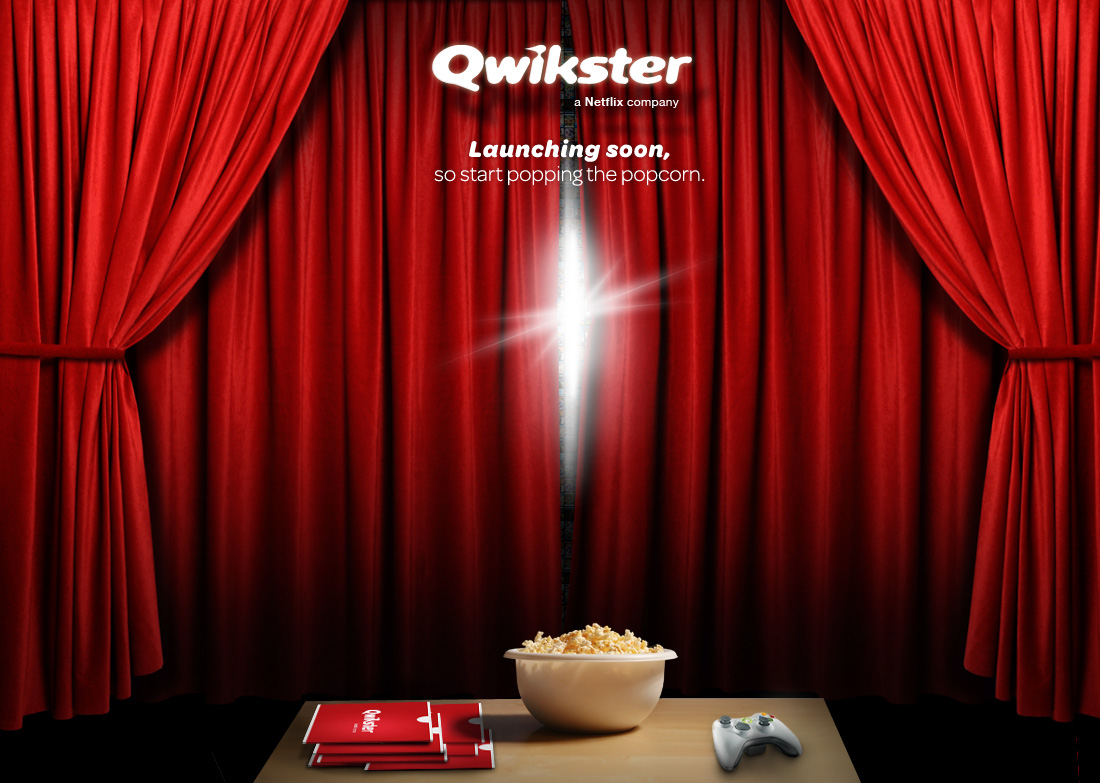 As a consumer, it's easy to think of the Internet as an infinite resource, but real atoms carry all those bytes and they have finite capacities. Who pays the cost of delivering that additional 30% of traffic is not straight forward. While it's tempting to say that an ISP like Comcast should pay, is it fair, then, for them to spread that cost over all Comcast subscribers regardless of whether they are Netflix subscribers?

Again, because of their remarkable scale and the rate of growth, Netflix makes for an extremely hard case and therefore a tricky poster child. In the end, assuming the whisper numbers are correct on the terms, the commercial arrangement worked out between ISPs and Netflix seems from my perspective to have been a pretty reasonable outcome. The market worked here when giants battled. However, I worry about the non-giants who so far haven't been poster children.

The good news is that beyond the exceptional case of Netflix, other abuses of the principle of network neutrality have proven more difficult to find. By in large, today on the Internet, bytes are bytes. CloudFlare delivers a large number of bytes and, so far, we have never been "shaken down" by an ISP in order reach their customers. Quite the opposite, as we've grown our cost of delivering a byte has rapidly decreased. In the last 12 months, our global blended average per byte cost has fallen by half, even as we've expanded in expensive markets like Australia, Latin America, and Africa.

That's not to say I don't worry. I worry a lot. Comcast, or other large ISPs, could likely extract tolls from a company like ours if they threatened to rate limit or outright block their customers from reaching our network. Legally, before today's FCC vote, there was likely no rule that stopped them. And yet, to date, in spite of their market power, the bottoms-up, normative approach to Internet governance has largely kept ISPs in check and kept the network neutral. This arrangement feels fragile and likely won't last forever, but up until now, I think this is rightly described as the Internet miracle.

The Challenge of Regulating Technology

There is always tension between law and technology. Technology moves fast. Law moves slow. Technology is nimble. Law is a lumbering beast. I like to joke that my job as a lawyer and a programmer were the same: in both cases I was writing code, just as a lawyer it took 10 years and an expensive legal trial for the compiler to let me know if I had a bug.

Bad things happen when lawyers and politicians step in too early to regulate technology markets that are still developing. In this case, the FCC not only may be stepping in too early — before we know what the actual, not just theoretical, problems they aim to regulate will be — but they were forced by previous court decisions and political realities to apply the rules written for traditional telephone networks rather than craft a new regulation specific to the unique nature of the Internet.

The exact rules the FCC just voted for are not yet public, and we don't know exactly what they will contain. What we do know, however, is that they will stem from Title II of the Federal Telecommunications Act. The problem is that Telecommunications Act comes with 80 years of baggage. The Act, which was originally passed in 1934 under the Franklin D. Roosevelt administration, has been interpreted by courts and rewritten by Congress a multitude of times. For the programmers reading this, what the FCC is doing is like trying to compile Node.js on MS-DOS. Even if they get it to work, inevitably there will be unintended consequences. 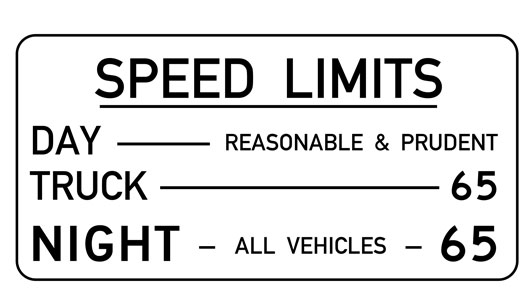 The other problem with rules is that they are brittle. Teams of lawyers will comb through whatever the FCC finally publishes and find any loopholes. There will be defined bright lines going forward and, make no mistake, ISPs will now get as close to those lines as they can. Whatever the Internet's rough consensus of "acceptable" was before, it's about to be thrown out in favor of a set of rules written by lawyers. Ironically, that may end up resulting in a regulated network that is less neutral than what we have today.

What I Wish the FCC Had Done

Setting aside political realities, I wish the FCC had done something quite different today. In my ideal alternate universe the FCC chairman would have given something like the following speech:

The Internet is one of the greatest inventions in human history. What has made the Internet great is that anyone, anywhere can publish an idea and reach a global audience. Incumbent on us preserving that Internet ideal is that the providers that make up the Internet not discriminate against one idea or another; not favor one byte flowing across their network or disfavor another. This principle of network neutrality is core to the continued success of the Internet.

We, as the FCC, are stewards of the communications systems in the United States. The policies of the United States also serve as a precedent for network regulators throughout the rest world. As such, when we act, we must do so with extreme care. To date, the Internet has been governed by a consensus-drive, bottom-up approach. That approach has succeeded in creating the most open, accessible network in human history. Our actions should serve to strengthen, not replace, that approach.

That said, there are real concerns about the increasing market power of Internet Service Providers. These providers hold a 100% monopoly on delivering content to each of their customers. Abusing that monopoly position is unacceptable and we, as the FCC, will not tolerate it. We hold, under Title II of the Federal Communications Act, broad powers to crack down on providers that are abusing their trusted position on the network. If we find abuses, ISPs be warned: we will not hesitate to use the full extent of our power.

Today, we are articulating a simple standards on network neutrality to which all ISPs will be held:

To monitor compliance with this standard, I have hired a team of 100 investigators who will be fielding complaints around the clock from consumers and businesses about ISPs that fail to live up to these standards. We will take allegations of ISPs that do not follow these standards seriously and investigate them to the fullest extent. Non-neutral networks will be put through the equivalent of a legal root canal. And if we find that our current legal framework does not offer the tools to remedy abuses, make no mistake that we can and will act quickly under our full powers of Title II. To ISPs: you're on notice. To Internet users: we will be vigilant. 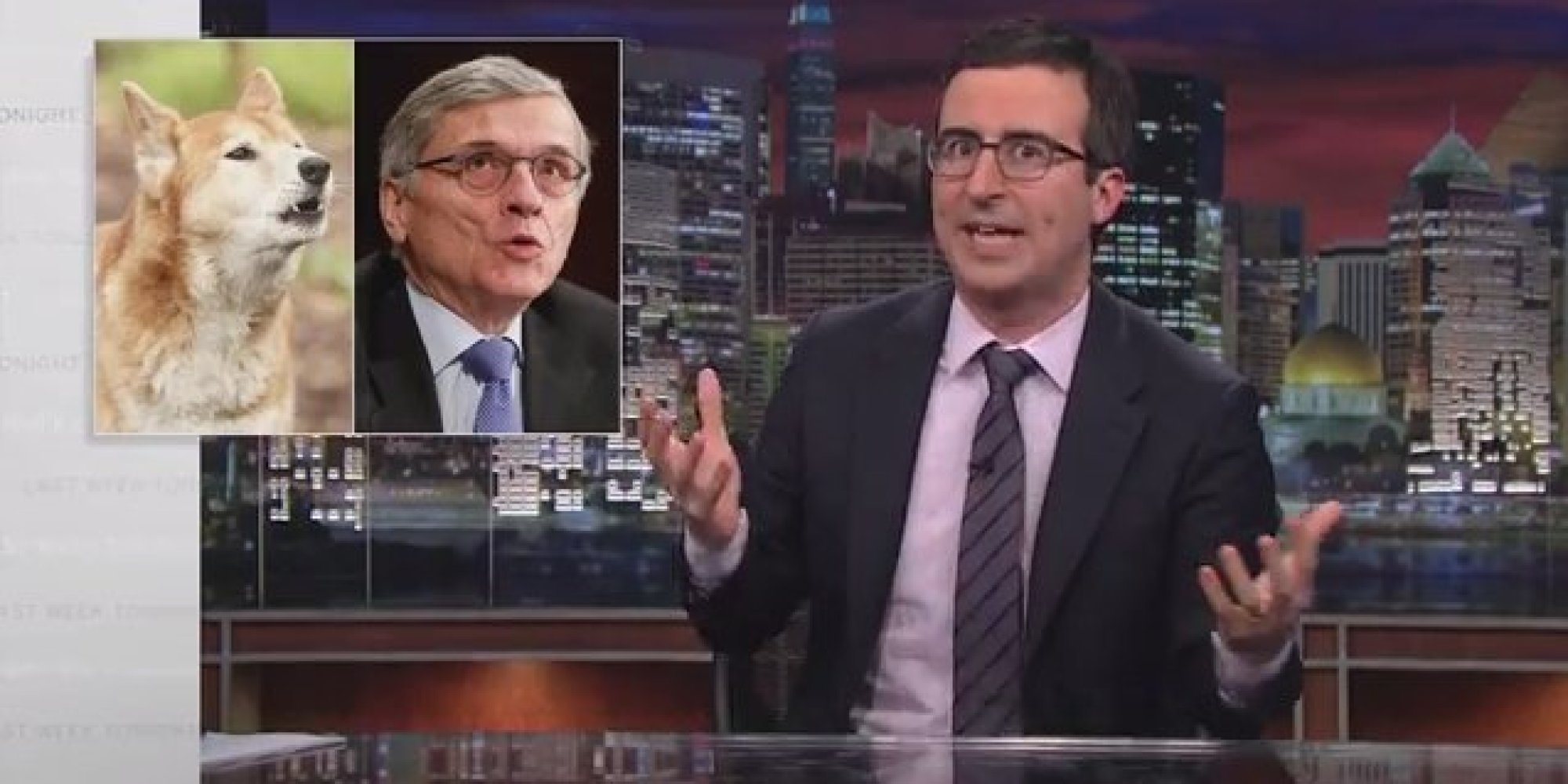 Now, of course, that would satisfy no one. John Oliver would take to his HBO show to yet again call Chairman Wheeler a do-nothing "dingo." But, I have a hunch, ISPs would actually act more cautiously and self-police out of fear they incur the full wrath of an FCC armed with specific consumer complaints. The risk of setting bad rules with their unintended consequences would be diminished. And, for at least a bit longer, we may preserve the Internet miracle: where technologists make decisions from the bottom up by rough consensus and running code, guided by the principle that any idea from anyone should be able to reach a global audience.

EU Copyright Vote: A Critical Juncture for the Open Internet

Back in June, we blogged about the draft EU copyright proposal which is currently making its way through the legislative process in Brussels....