CloudFlare is a strong supporter of a free and open Internet. We believe in both fair and free markets and effective regulation to achieve that goal. That is why we read the recent United States Court of Appeals for the DC Circuit’s opinion in Verizon v. FCC with great interest, curious to understand how the decision might affect the dynamic and innovative qualities of the Internet. 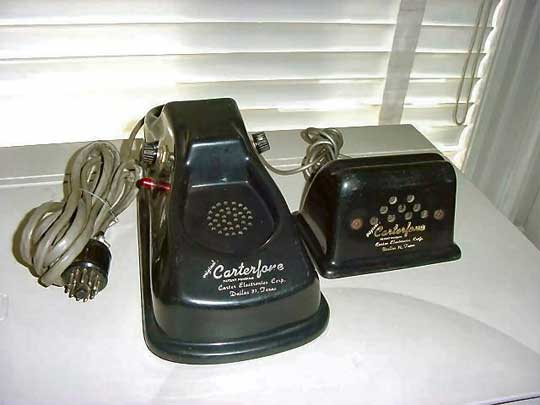 We believe that markets where large companies set the terms and small companies or new entrants are excluded to be inherently flawed. This would throw us back to the times of the Bell System, when it took decades of legal battles to launch innovative products such as the Hush-a-Phone or the Carterfone. There are two ways to guard against such an outcome. The first is to enact a mother-may-I set of rules which would strictly forbid certain types of network practices and where ISPs would have to get permission first. The second requires adjudicating instances of unreasonable discrimination on a case-by-case basis. No one knows just what is beyond the pale in advance, since it is on a case-by-case basis.

First, let’s take a brief look at the FCC, network neutrality, and the court ruling. The FCC is an independent U.S. agency charged with delegated rule-making authority from Congress to regulate “all interstate and foreign communications by wire or radio.” 47 U.S.C. § 152(a). The FCC regulates telephone carriers, cable companies, television stations, wireless providers, and satellite companies. Network neutrality is a catch-all phrase that emerged in the United States over the past decade. It is intended to ensure that network providers’ traffic practices treat all IP packets more or less the same in order to preserve the open characteristics of the Internet.

Back in 2010, the FCC established network neutrality rules which prevented broadband access providers from unreasonably discriminating against non-affiliated content or blocking any content, and required them to disclose their network traffic treatment practices to their end users. Verizon, a large access provider, brought a suit challenging the rules.

In the long-awaited decision the DC Circuit Court released this week, the court struck down the FCC's anti-discrimination and anti blocking rules, but upheld the FCC requirements that broadband providers disclose their network practices. The court reached this conclusion, not based on the policy of network neutrality, which it found to be ustified. Instead, it reversed the FCC’s 2010 rules based on the way the FCC had tried to shoehorn broadband access into the FCC jurisdiction over certain carriers. The FCC chose not to treat broadband providers under the rules it uses to govern phone companies (its traditional home turf), but under its general authority to regulate communications.

The decision and implications

The implications of the court’s ruling is that it will either spur innovation or stifle it, depending on whom you ask. One side of the debate argues that broadband Internet providers are now free to experiment with new network arrangements and business models without getting permission from the FCC. The other side argues that there are real risks which, if left unchecked, could undermine new entrants and the freedom to innovate without permission from the ISPs.

Most broadband providers have already adopted some form of network neutrality practice, so the immediate short-run implications of the ruling are likely to be small. However, the ruling’s long-term implications could stifle innovation. A broadband access provider is now completely free to treat traffic in almost any way it chooses. It can block certain websites, provide priority access, charge edge providers, or throttle applications, so long as it discloses that treatment to its subscribers. Defenders of net neutrality fear that, in the long run, voluntary rules are likely to go the way of the PC as broadband providers seek increased control over their networks. There is the very real possibility that this rule change will give broadband providers more control over the content and applications their customers can download.

For the big companies like Verizon, Comcast, AT&T, Google, Amazon, and Netflix this is not a really big deal. They have armies of lawyers to settle the issue (I know, I used to be one). At the end of the day, they may reach some sort of accord where Google, Amazon, and Netflix pull up the ladder behind them, preventing new services from coming along.

The smaller players, thanks to this ruling, might in the future, face bandwidth that is more expensive, peering that is harder to get, and access to end users that is more difficult thanks to degradation of their traffic. This outcome would make innovation more difficult, not for the Amazons and Googles of the world, but for the more than 45,000 small hosting providers, the Dropboxes, the Imgurs, and the next generation of start-ups currently trying to take hold.

The entrepreneurs with just an idea and a slide deck may find themselves completely marginalized. If access to the Internet becomes sufficiently expensive and limited, then new entrants may find all venture capital dried up. USV partner Fred Wilson explains this possible outcome succinctly.

The DC Circuit Court expressly gave the FCC such an ad hoc way forward. CloudFlare can help in this approach. One of the reasons the FCC (and indeed regulators around the world) were unwilling to impose strong network neutrality rules was the absence of strong evidence of the potential harms. This might have been a chicken-and-egg problem. FCC jawboning, the spectre of regulation, and certain merger commitments may have been sufficient to keep broadband providers honest. So, if the bad outcomes I have described start to emerge, we need to document them and make that record.

For a small start-up, CloudFlare occupies a special position at the edge of the network in both the literal and figurative senses. Our co-founder Michelle Zatlyn serves on the FCC’s Open Internet Advisory Committee. She is the only representative from a start-up on the Committee. One of our investors, Brad Burnham, is also on the Committee. I have completed work on network neutrality issues over the course of most of the past decade including, an international comparison of approaches; a study for the European Parliament; one for the German government’s FCC; and one for the ITU Association of Japan. We are also plugged in to the developer community, the VC community, the public interest community, and the FCC. To the extent that our customers and colleagues have experienced the worst case fears of network neutrality, we want to know.

The future of a free and open Internet requires those developing the next generation of innovation to be better informed and more involved in the policy process. It also requires that policymakers know what is happening in the real world. CloudFlare will watch the developments carefully and track what happens. We can surface genuine problems more than mere hypotheticals. CloudFlare can then advocate on behalf of startups and the non-giants to preserve the principles of a free and open Internet.

In full disclosure, the author was formerly an attorney for both the FCC and for Google, where he worked on these issues. He is unrelated to Thomas Carter, the inventor of the Carterfone.