In December 2017 we unveiled the true potential of Cloudflare’s scale: to find the best commercially available mince pie and let the world know about it. In 2018 we’ve all been extremely busy helping Cloudflare & our customers and therefore we left it very late this year. Uncomfortably late.

If you want to know the best mince pie to buy in 2018 right now, skip straight to the bottom of this post where we reveal the winner. If you want to understand more about what makes a mince pie great and how we can learn this at Cloudflare’s scale - read on.

How do you review 42 varieties of mince pie in an hour?

With a very short amount of time to get this research out to a discerning and demanding public, we engaged the entire Cloudflare London team to help. Team members diligently went out and purchased mince pies from all over the South East of England for everyone to taste. 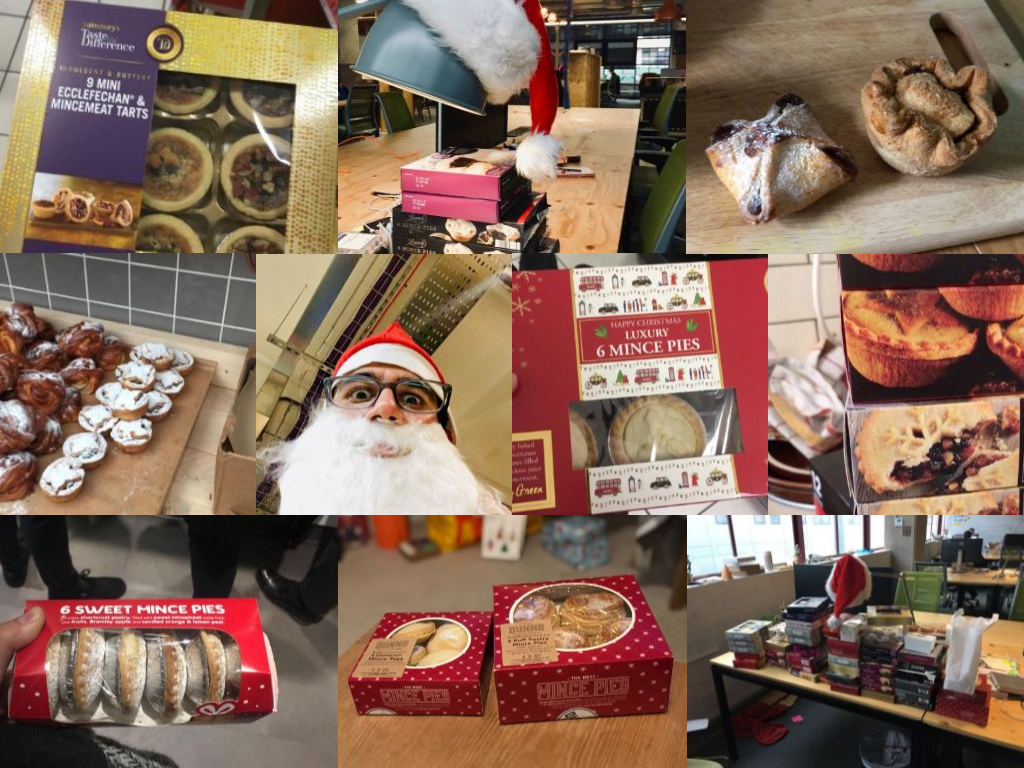 On Monday the team assembled for a “Mince Pie Jam”, where we would taste & consistently review each pie: 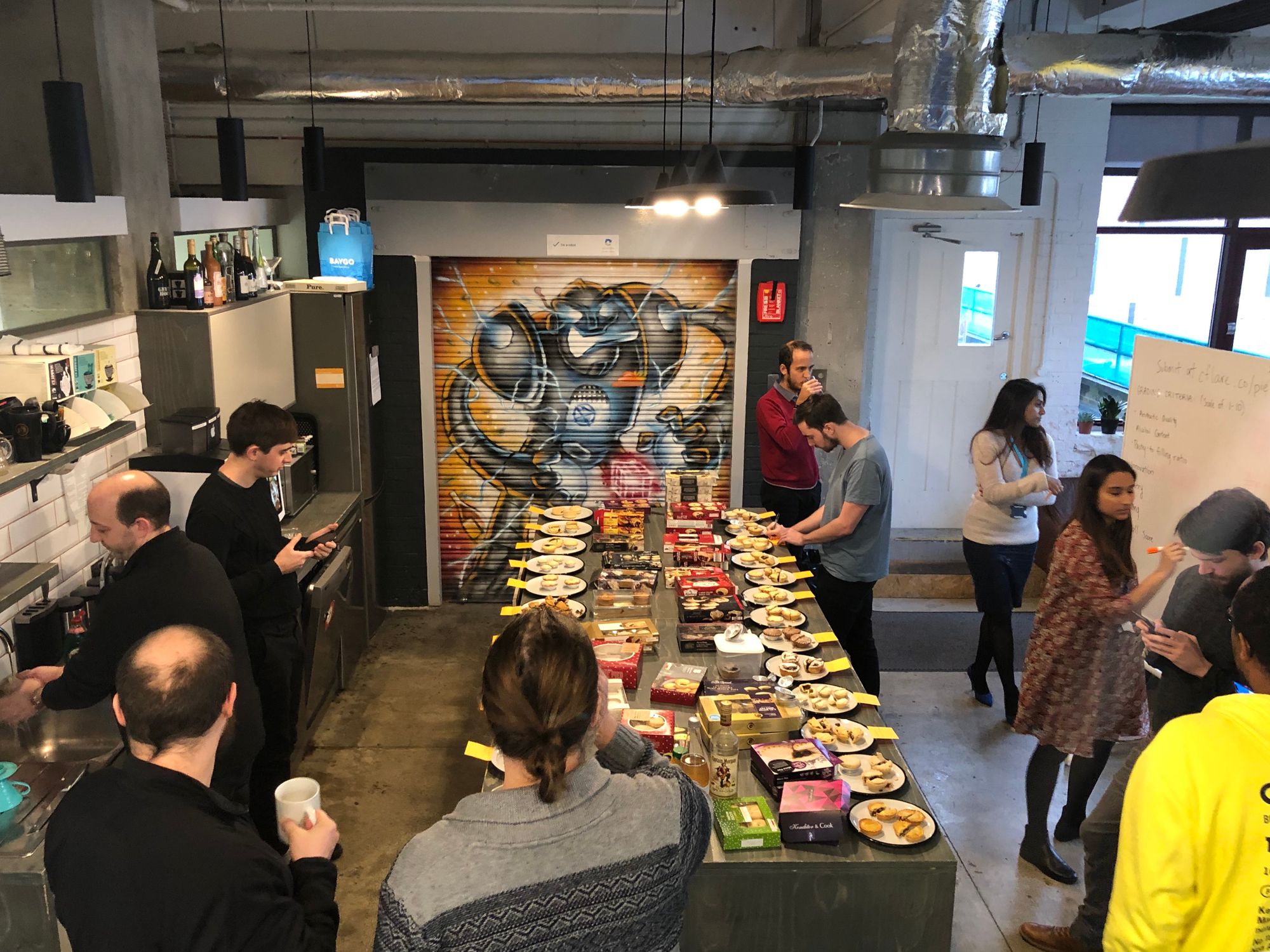 A quick refresher - what is a mince pie? 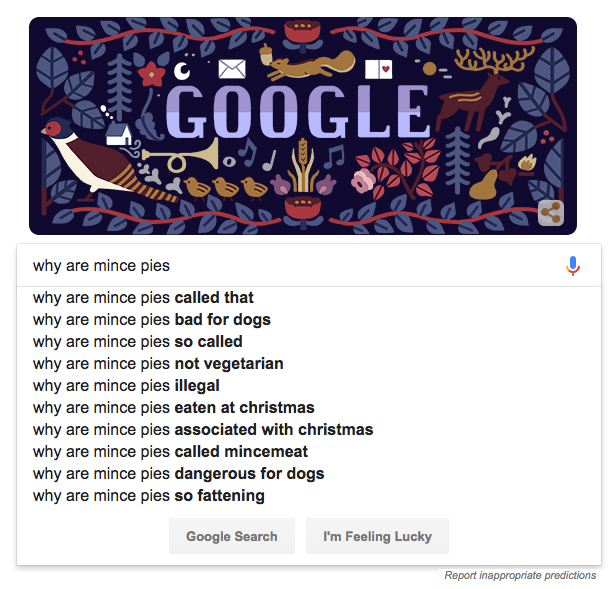 As we can see from even the most cursory Internet search, there’s a lot of questions surrounding mince pies. After some confusion relating to our 2017 edition of the IMDB we should clearly state: modern mince pies do not contain meat. A Mince Pie is “a sweet pie of British origin, filled with a mixture of dried fruits and spices called mincemeat, that is traditionally served during the Christmas season in the English world.” - Wikipedia for Mince Pie 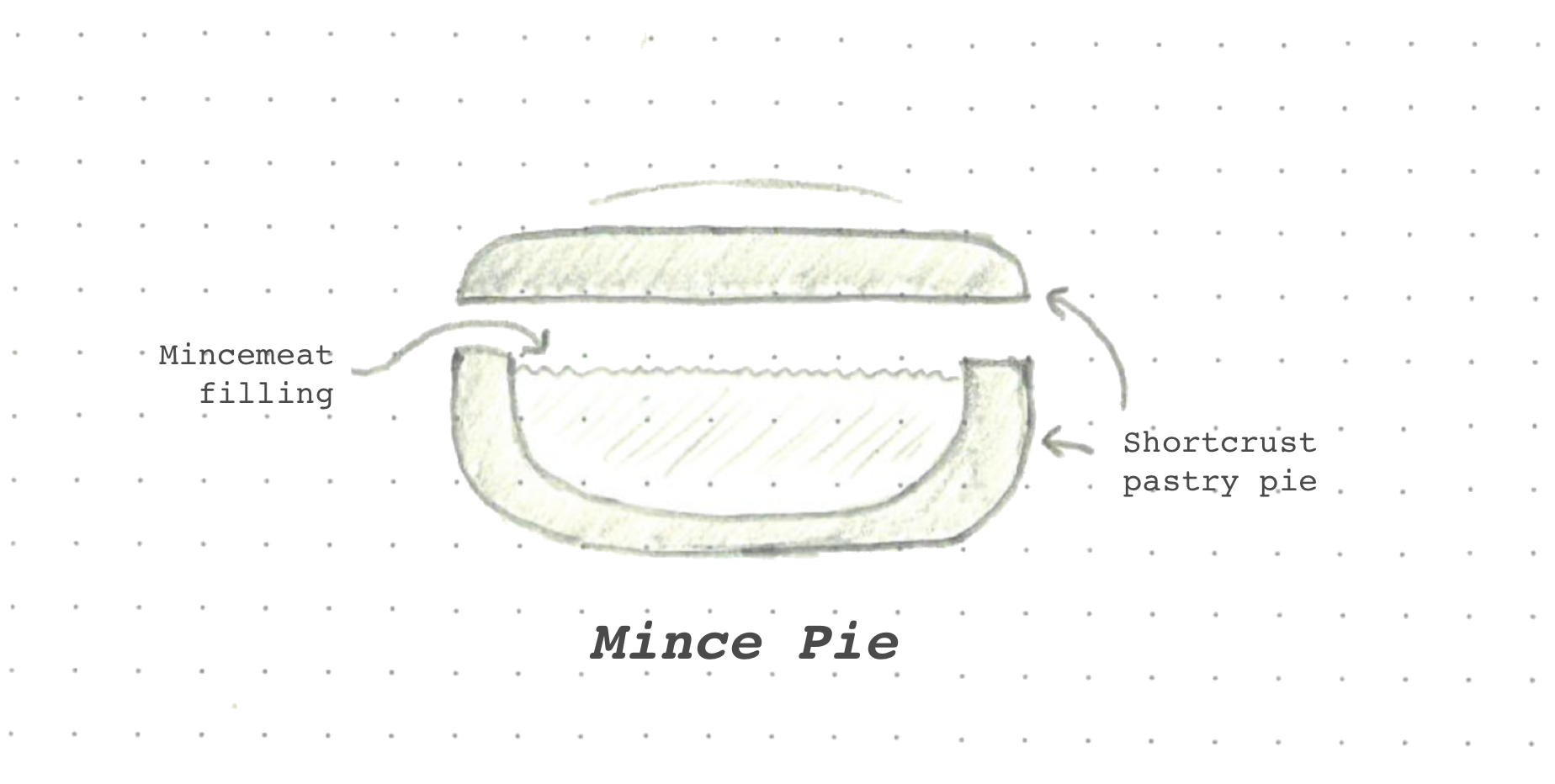 We reviewed the mince pies in terms of its characteristics as well as overall. Each mince pie was given a score of 1 to 10 for each of the following:

The top 3 categories there are somewhat objective measurements compared to the more subjective ones below. During analysis, this created some exciting opportunities.

With this combination of 3 subjective & 3 objective metrics and a total of 214 submitted reviews by our team, we had a lot of data. To break this data down Nela quickly settled on the Pearson Correlation Coefficient (PCC).

Wikipedia describes the PCC as follows:

By setting our X Value as the Overall Rating, we were able to plug in each of the other metrics from our reviews as the Y value, to understand how important each of these characteristics are in producing a high quality result.

Along with scores, our reviewers also left tasting notes which gave an insight into how they arrived at their scores. Taking the reviews which scored a mince pie from 1-5 we’re able to see the terms most associated with poorer performing pies: 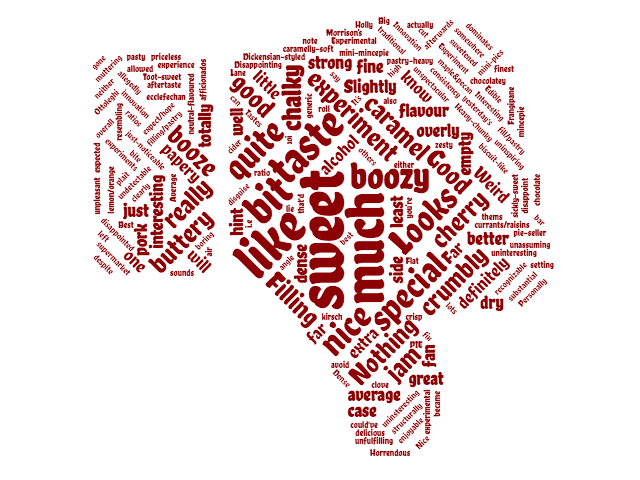 Pies scoring between 6 and 10 points had the following terms used the most in tasting notes: 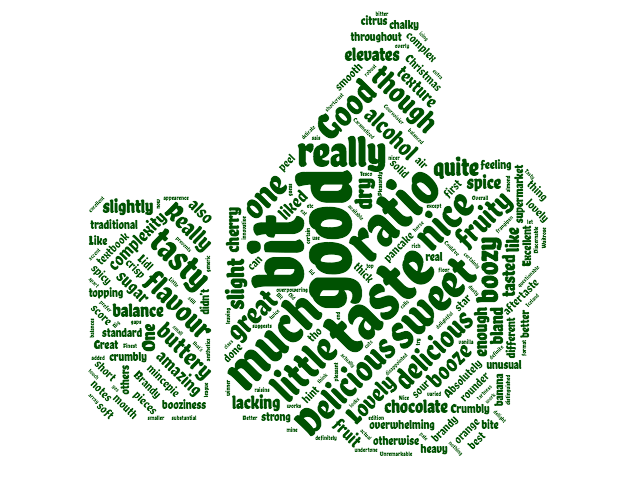 Before we get to the final overall rankings, there’s a few categories we wanted to mention.

The Most Expensive Pies

A Dickensian-styled thing of beauty, I expected a pie-seller to appear muttering "gawd blimey guv'nor thems good pies". Good bite, alcohol was raw and overly pungent, tasty but I needed a quiet lie down afterwards.

Deeelicious and moist. A little citrus and Christmas on the finish

In a word, dense. Dense filling, dense pastry. A bit too heavy all round.

Below are the 3 lowest scoring mince pies in 2018. We publish this not to humiliate but in the hope that these bakers will learn & improve for 2019.

The 10 on "experimental" here means ... experiment gone badly wrong. If ratings allowed for complex numbers, this one would score an overall '10i'.

A bit dry and what on earth is all that air doing there?! Get out and put mince in!

BANG average from Aldi. I don't know where Holly Lane is but if I were to guess it would be firmly in the middle of somewhere. Slightly chalky, pasty pastry and sweet uninteresting mince.

The most innovative mince pies

Nela’s impressive Pearson Correlation work showed that there is actually a minor negative correlation with mince pies that are highly innovative. During tasting we observed that innovative pies drew people in but they most definitely divided opinion. Here are the 3 most innovative mince pies (as ranked by their innovation score).

Interesting but this is not a mince pie

Absolutely amazing taste however questionable as a mince pie 😱😱😱😱

I tried it twice. Will probably try to grab another one. Even with 14 others in-between the first and the second sampling, my preference hasn't changed. To me this is the star of the show. Yum!

Tasty filling, with a solid pastry. A great all rounder, if a little sweet with extra filling peel and topped sugar on the pastry.

Iceland are a dark horse here - the mince here elevates the fairly pedestrian pastry - which is pale and a little bit chalky in texture. But that mince - full of complexity - there's a hint of banana in here despite there being no actual bananas. HOW DID THEY DO THIS? DELICIOUS

Thanks to everyone at Cloudflare who took part in this extensive research. If you’re inspired by some of the questions answered in this blog post and you like spiced fruit and intense pastry debates then Cloudflare is hiring in London and all over the world. Happy Holidays!