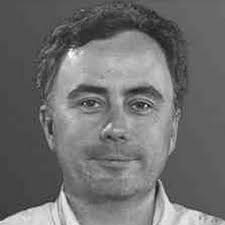 If you've been following recent news about technical spying by the US National Security Agency and the UK's Government Communications Headquarters you may have come across a claim that the NSA was involved in weakening a random number generator....

This blog post is very old now. You probably don't want to use the techniques described here. GO'S sync.Pool is a better way to go....

We use nginx throughout our network for front-line web serving, proxying and traffic filtering. In some cases, we've augmented the core C code of nginx with our own modules, but recently we've made a major move to using Lua in conjunction with nginx. One project that's now almost entirely written in Lua is the new CloudFlare WAF that we blogged about the other day. The Lua WAF uses the nginx Lua module to embed Lua code and execute that code as part of the normal nginx handling of phases. The entire execution of the WAF is actually handled by the following nginx configuration: location / { set $backend_waf "WAF_CORE"; default_type 'text/plain'; access_by_lua ' local waf = require "waf" waf.execute() '; } The access_by_lua directive tells nginx to...

Staying on top of TLS attacks

CloudFlare makes extensive use of TLS connections throughout our service which makes staying on top of the latest news about security problems with TLS a priority. We use TLS both externally and internally and different uses of TLS have different constraints....

CloudFlare's first international office opened this month near St. Paul's Cathedral in London. We decided to open this office for two major reasons: to get access to high quality software engineering, network operations and tech support folks, and to expand our 24/7 operations and support....